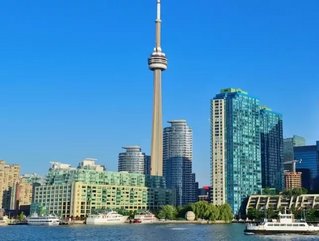 Sidewalk Labs, a branch of Alphabet’s Google, has applied to act as a partner in turning part of Toronto’s eastern downtown waterfront into a smart neighbourhood.

Waterfront Toronto, an agency that was set up in 2001 by the provincial and city governments, called for an “innovation and funding partner” in the venture, having accepted proposals from March onwards.

The project, known as Quayside, plans to integrate the latest innovative technology and sustainability features into the urban architecture of the area spanning 12 acres of land, in order solve community problems such as pollution, rising housing costs and traffic congestion.

"Our objective with Quayside is to advance new models for addressing pressing urban challenges, such as the increasing disparity in housing affordability, congestion on our roads and the imperative to address climate change," said Waterfront Toronto spokeswoman Carol Webb.

"Beginning with Quayside, we aim to design a new kind of mixed-use, complete community that will combine forward-thinking urban design and new technologies to create people-first neighbourhoods that help address these challenges."

Sidewalk Labs is expected to be a lead candidate, largely due to the company specialising in the creation, testing, building and operation of innovative urban projects.

Despite being in the heart of Toronto, as many as 20% of houses must be affordable, with the development complex aimed at housing a range of income groups.