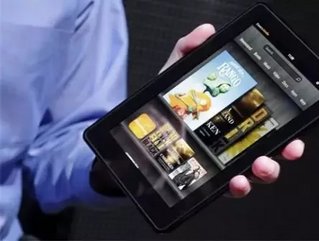 When PriceGrabber conducted a winter shopping survey and asked consumers whether they would rather receive a tablet computer or laptop as a holiday gift this year, a resounding 79 percent sang the praises of tablets.

Consumers stated that they are partial to tablets’ touchscreens and smartphone-esque multimedia features but the top reasons for the preference come down to portability and weight.

Tablet brands have always leveraged the size of the devices as an asset. Amazon boasts that with a 7-inch screen and weight of 14.6 ounces, the Kindle Fire is “small enough to fit in your purse and light enough to hold in just one hand.”

According to the survey:

·         79% of consumers would rather receive a tablet than laptop computer

It’s no surprise that those surveyed prefer Apple, as the iPad has dominated the market since its release in 2010. But there’s a reason Amazon’s Kindle has been gaining popularity. For one thing, the Kindle Fire costs $300 less than an iPad, which is a significant price difference in a crowded market. An iPad will set you back at least $499 while the Kindle Fire costs only $199. Normally a large price difference is justified by a huge increase in quality and capabilities, but in the case of the Kindle, you don’t have to sacrifice computing activities to save money. The Kindle Fire is an excellent portal for a wealth of content and software with the added bonuses of unlimited cloud storage and nonstop streaming.