RIM&#039;s Blackberry Playbook Launches Today in Canada and the US 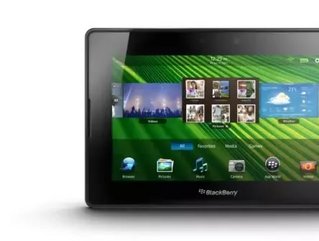 Research in Motion’s newest addition to the tablet market, the Blackberry Playbook, was launched today in Canada and the US. Competing in a heavily dominated market, RIM hopes to break through the Apple clutter and have the Playbook become one of the leading tablets.

Offering three models, the Playbook has available storage capacities of 16 GBs for $499, 32 GBs for $699 and 64 GBs at $699. Features include Adobe Flash, Adobe AIR and HTML 5 support, a 1GHz dual-core processor with 1 GB of RAM and a 7 inch high-resolution touchscreen display. The Blackberry Playbook provides a professional-grade, consumer friendly experience that will redefine mobile computing possibilities.

“The BlackBerry PlayBook is an amazing tablet that is already being widely praised as a multi-tasking powerhouse with an uncompromised web experience and an ultra-portable design,” said Mike Lazaridis, President & Co-CEO, Research In Motion, in a statement.

Some question if the timing of the launch was ideal for the new tablet. Releasing just a month after Apple unveiled its iPad 2, the Blackberry Playbook is up for direct and extreme competition in the tablet market. In the smartphone market, RIM’s Blackberry offerings have been falling behind in competition with Apple, thus leading to speculation of the Playbook’s success against the iPad.