Tech salaries in the US continue to rise, report Dice 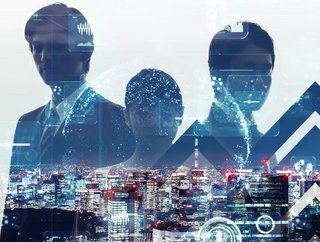 Tech sector salaries rose 3.6% in 2020 and will continue to rise throughout 2021, with cybersecurity analysts and data scientists most in demand, say Dice

While the pandemic may have halted pay increases and slowed salary raises for many sectors, the tech and IT sector in the US witnessed growth with tech job salaries rising by 3.6% in 2020, with expected to continue to rise throughout 2021, according to the Dice 2021 Tech Salary Report.

This is hardly surprising given the pandemic and the increase in rates of digital transformation by businesses.

“Across nearly industry, COVID-19 accelerated priorities with regard to digitisation and digital transformation,” states the report. “Whereas e-commerce portals and digital offerings may have once been an afterthought for some organisations, the need for such features quickly became vital to organisational survival particularly for brick-and-mortar stores that had to temporarily close their doors.”

The occupations experiencing the biggest salary increases are those helping organizations process and analyze data, digitize and innovate their product offerings, ensuring their businesses remain efficient, profitable and crucially safe during the pandemic.

Due to the widespread adoption of remote work, which led to increased security vulnerabilities, cybersecurity analysts were, and continue to be, in demand, and this role saw the largest growth in salary of any occupation, up 16.3% to US$103.106..

It’s not just down to the pandemic that tech jobs are in demand, however, with longer-term trends in play. This is relevant to data scientists in particular, an increasingly in-demand role that saw one of the highest wage increases of 2020 at 12.8% (US$119.898) – due to data becoming increasingly valuable to businesses across nearly every industry.

And it’s a trend set to increase throughout 2021 and onwards. “Data-related professions will no doubt see their worth continue to increase, as businesses bind their long-term strategies to data analytics,” states the report.

When it comes to falling salaries in tech, it is the more traditional IT roles that are suffering with database admin staff, whose jobs are increasingly being automated, seeing salary declines of 4.9% and help desk technicians down 4%. When it comes the highest-paying skills, the trends of the past few years continue to dominate, with businesses nation-wide continuing to realise the importance of collecting, storing, cleaning and analysing enormous amounts of data.

The highest average salary increases were for the skills of RabbitMQ messaging broker, Vagrant for virtual-environment processing and the OmniGraffle diagramming tool.

AI skills saw a YOY salary increase of 7.3% (to US$131,907), while Machine Learning skills rose 3.1% to US$125,197. Natural Language Processing, which allows software to understand the nuances of human speech, and is vital to many emerging AI apps, rose 4.8% and MapReduce, a programming model vital for Big Data, also increased 2.1%.

2020 also saw a rise in interest in newer tools and frameworks, resulting in a compensation rise in these areas too, with more businesses becoming interested in Blockchain skills, with salaries increasing 5.2%.

Tech wages rose both in original tech hub, Silicon Valley, and Boston by 2.4%, which corresponds with the national average wage, suggesting their status as well-established tech hubs is alive and well.

However, it was in rising tech hub cities like Austin and Orlando, many of which are welcoming tech giants and startups following an exodus of some firms from Silicon Valley, where tech salaries have really risen.

Charlotte in North Caroline and Orlando in Florida witnessed the biggest tech pay rises, at 13.8% and 13.4%, respectively. This was closely followed by New York City with an 11.6% and then Austin (9.7% rise) and Philadelphia (9.3% rise).

It’s in such cities where local officials have spent years trying to foster a local tech scene, attracting startups fuelled by venture capital and creating a steady pipeline of young techies thanks to burgeoning ecosystems and regional universities.

Take Austin, which has witnessed an influx of tech giant relocations in the last year, from Tesla and Hewlett Packard to Oracle’s recent announcement. The city’s lower corporate taxes, looser regulations and affordable living make it a top tech hub.

However, there have also been declines with tech salary decreases also note, including in Portland, Seattle and Chicago.