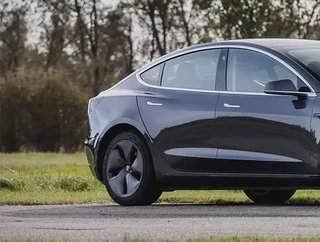 While every automaker in North America is in a tizzy about semiconductors, Tesla has come up with a way to get around the global chip shortage: rewrite its software. At the company’s Monday earnings call, Elon Musk explained that Tesla substituted alternative chips into its designs—microcontrollers—and quickly wrote its firmware. As a result, the company has managed to deliver 200,000+ vehicles to customers in the past three months.

‘In the second quarter of 2021, we broke new and notable records’, stated Tesla in its Q2 Earnings Call Letter. ‘We produced and delivered over 200,000 vehicles, achieved an operating margin of 11.0% and exceeded US$1bn of GAAP net income for the first time in our history’.

Why Do Chips Matter?

At first, it’s not intuitive. We know semiconductors help cars run, but five years ago, I wouldn’t have been able to point out where they were. So here’s the deal: Tesla actually uses chips for everything from airbags to seat belts—which means that the chip shortage is a major deal for safety features. ‘Obviously you can’t ship a car without those’, Musk said.

So as most automakers slowed their production in early 2021, Tesla started looking for a solution. Its engineers realised that by shifting to microcontrollers instead of semiconductors, it could prevent gaps in production. A team of engineers designed 19 new controllers, allowing Tesla to speed ahead while others pressed the brakes.

Whereas semiconductors are made up of two connected transistors, microcontrollers are a single integrated circuit. Essentially, microcontrollers contain the processor, memory, and input/output peripherals and control a single device function. They’re used within a number of devices that many of us are familiar with—from your computer’s keyboard to your home printer.

Sure, they’re more expensive than traditional semiconductors. But if the alternative is shutting down your factories for weeks on end, we’d say they’re worth it.

What Does Tesla Do Now?

Forge ahead. The future is still highly uncertain, and even Elon Musk—a man with a reputation for bold statements—is holding back. ‘It seems like it’s getting better’, he said, ‘but it’s hard to predict’. This comes as the Biden administration proposes a US$52bn investment in semiconductor manufacturing to help automakers get back on track.

But regardless of what comes in Q3 and Q4 of 2021, Tesla will focus on what makes it remarkable: its engineers and software experts. ‘Our team has demonstrated an unparalleled ability to react quickly and mitigate manufacturing disruptions’, Tesla said. ‘[They] remain hard at work’.