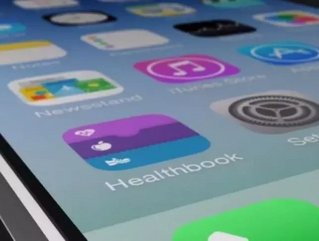 This year, Apple introduced their biggest mobile devices ever, the iPhone 6 and 6 Plus. Understandably, users are utilizing their larger screens for enjoyment, business, and personal use. Here's a look at the top-free downloaded apps in Canada.

1. Messenger (Facebook Inc.) Despite the short-lived panic many Facebook users felt when they found out they were forced to download the Facebook Messenger app if they wanted to keep sending messages to their friends, the app is the top free downloaded app nationwide. Though many feared that their privacy would be invaded as soon as the app asked for permission to access photos, the camera, contacts, and the microphone, Facebook released a statement saying the request for permission to use tools in the phone are the same permissions that the Facebook app has always requested.

2. FIFA 15 Ultimate Team by EA SPORTS (Electronic Arts) With over 12 million gamers, EA SPORTS FIFA has released new features that make using an iPhone just as exciting as a game console. The app centers around creating the perfect team by choosing who the gamer believes is the best combination, purchasing packs of player cards and managing the team. For new players, Touch Arcade has added new control options that will allow the new player to use the app more easily.

3. Turbo Dismount (Secret Exit Ltd.) Gone are the Flappy Birds and Angry Birds, and in comes Turbo Dismount, a upgraded version of Stair Dismount, in which the gamer pushes people down the stairs and off of buildings. Turbo dismount allows you to create your own car stunts in different road conditions without risking anyone’s safety, besides the ragdoll driver. Incidentally, the more you damage the ragdoll driver, the higher points you’ll score.

4. YouTube (Google Inc.) YouTube has been a long favorite since it’s inception in 2005. Not only is it the home of all your favorite music videos, it also houses millions of videos that will make you laugh, cry, and provide a large assortment of do-it-yourself videos that range from dying your hair purple to safely jumpstarting a car battery.

5. Candy Crush Soda Saga (King.com Ltd.) The Apple store calls refers to this app as “the sweetest game ever,” but a more appropriate description would be the most addicting. The game consists of matching identical pieces of candy that coorespond at least three times for points. Obstacles arise and opportunities to score “awesome” points keep you going. The app can also be connected to Facebook in case gamers are in desperate need of lives.

6. Skype for iPad (Skype Communications S.a.r.l) Skype continues to serve as one of the most popular way to video call. The app allows most of the same features as using a desktop, with options to text chat or video chat with the click of a button, share photos with friends and call mobile and landlines at low rates.

7. Facebook (Facebook Inc.) As one of the largest social networking sites globally, Facebook’s app also stands as one of the most convenient. Users can scroll down their newsfeed, check friend requests, and search for friends with ease. The app also allows you to update your status and include moods, emotions, location check-in services and tag friends with just the click of a few buttons.

8. Pinterest (Pinterest Inc.) Pinterest has quickly become one of the newest trends in do-it-yourself. Users are able to share and upload photos and pin just about anything that interests them. Users can also search for ideas while creating visual bookmarks to organize their favorites.

9. Google Maps (Google Inc.) Though iPhones come with Maps, a built-in app that allows drivers to navigate with ease, Google Maps still remains a user favorite. When Maps was first released, an attempt to alleviate any need for Google Maps, it was short of a disaster—so bad that Apple CEO Time Cook apologized for the app and recommended iPhone users download third party apps. Google Maps continues to dominate in speed, presentation and accuracy (if you’re a driver, this last one is kind of important).

10. Netflix (Netflix Inc.) As the world’s leading subscription service for television and film, Netflix now provides an app so you can binge watch Orange is the New Black on-the-go. New features, such as profiles allow you to create different profiles for various users in the house without fighting over spots on the easy-to-access “My List.”