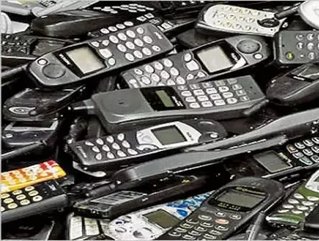 My, have we changed over the decades from smoke signals and carrier pigeons, to Alexander Graham Bell’s invention of the telephone and Guglielmo Marconi’s invention of wireless communication, to today’s smartphone that can, not only answer calls, but can also offer accurate GPS navigation, music downloading, and barcode scanning for goodness sake. It’s estimated that the global telecommunications industry will be worth $2.7 trillion by 2013.

Telecommunications continues to shift and transform as technology changes and the needs of businesses alters. Here are the top, fastest growing telecom companies in the U.S. and what they’re working on now to improve communication around the world.

ClearAccess
Vancouver, Washington-based ClearAccess was founded in 2005 by Ken Hood and has since seen a 3,460 percent growth in the last three years. With only 30 employees and a revenue of about $5.7 million in 2010, the company ranks high in the fastest growing companies in the last year. The company assists broadband service providers with customers and device management, and also gives the provider a control panel to maintain the devices connected to customers. Once a problem arises, ClearAccess makes it easier to identify the problem and its location before offering remote support.

Vizio
Irvine, California-based Vizio was founded in 2002 by William Lang, Laynie Newsome and Ken Lowe and has grown by 1,313 percent since its inception. Vizio specializes in manufacturing consumer electronics, especially high definition TVs, flat-screen displays, and wireless audio equipment. Today, the company has more than 160 employees and remains the first American brand in more than a decade to lead in LCD HDTV sales in the country – and not to mention, hitting $2 billion in revenue in 2008. And on January 3, the company expanded its business by announcing its latest products, a smartphone and tablet reader under its VIA Plus Ecosystem.

Xirrus
Thousand Oaks, California-based Xirrus was founded in 2004 by Dirk Gates and manufactures Wi-Fi Array, which is a powerful, broad-range Wi-Fi system that is used to securely deliver data, voice and video capabilities. The company also claims that the Wi-Fi Array delivers more coverage, bandwidth, throughput and user density per device and per system basis far and above any competitor, as well as being the only viable replacement for wired Ethernet or Fast Ethernet to the desktop. The company saw a three-year growth of 3214 percent and revenue of $26.6 million in 2009.

Hometown Telecom
Beverly Hills, California-based Hometown Telecom was founded in 2006 and is an international telecommunications carrier specializing in low-cost, high-quality international long distance plans in the U.S., India, United Kingdom and Australia. The company offers consumer services, such as free calls using VoIP technologies and conference calling by partnering with global carriers and mobile operators, through FreeCallPlanet.com, AussieCall.com, PenceTalk.co.uk, and ApnaSuperCard.com. The company saw a three-year growth of 2948 percent and revenue of $7.7 million in 2009.

VOX Network Solutions
San Francisco, California-based VOX Network Solutions was founded in 2006 by Scott Landis and is a provider of converged voice and data solutions and services that enhance and support business communications. Services offered include planning and design, installation, maintenance, IP telephony, unified communications, and wireless and mobile services. The company saw a three-year growth of 1736 percent and revenue of $10 million in 2009.

CFN Services
Herndon, Virginia-based CFN Services was founded in 2005 and is a managed telecom infrastructure services company providing network services to massive carriers, such as AT&T, Verizon, Sprint and Level 3. The company specializes in network design, planning, deployment and managed services. The company saw a three-year growth of 1531 percent and revenue of $3.8 million in 2009.

Beceem Communications
Santa Clara, California-based Beceem Communications was founded in 2003 as a fabless semiconductor company specializing in the emerging 4G-WiMAX marketplace and offers baseband and RF chips as well as complete hardware and software solutions. Their chipsets can be found in wireless products, including computing devices, mobile devices, modules, routers and gateways. The company saw a three-year growth of 1410 percent and revenue of $43.7 million in 2009.

Telovations
Tampa, Florida-based Telovations was founded in 2006 by Mark Swanson and designs, builds and manages advanced communications networks for businesses. Telecommunication services are delivered over a private cloud as an alternative to traditional operations. The company saw a three-year growth of 1392 percent and revenue of $4.4 million in 2009.

Phylogy
Santa Clara, California-based Phylogy was founded in 2004 by Daryl Scheans and produces advanced telecommunications equipment that allows the global delivery of triple play-capable broadband signals over copper DSL. The company saw a three-year growth of 1261 percent and revenue of $2.5 million in 2009.