WHO says cell phone radiation can cause cancer 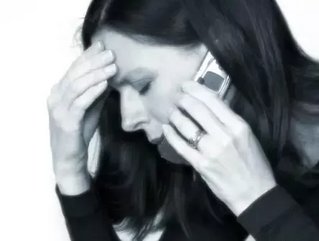 The World Health Organization (WHO) has announced today that radiation from cell phones can possibly cause cancer and has listed the device in the same "carcinogenic hazard" category as lead, engine exhaust and chloroform. Before the announcement, the organization assured everyone that there are no adverse health effects from using a cell phone.

What that means is that right now there haven't been enough long-term studies conducted to make a clear conclusion if radiation from cell phones is safe, but there is enough data showing a possible connection that consumers should be alerted, according to CNN Health. The team of 31 scientists determined that enough evidence categorized exposure to cell phones as “possibly carcinogenic to humans.”

The type of radiation coming out of a cell phone is called non-ionizing and is similar to a very low-powered microwave oven. Manufacturers of popular cell phones and smartphones already warn consumers to keep their device away from their body.

The Apple iPhone 4 safety manual says for users' radiation exposure to not exceed FCC guidelines, "When using iPhone near your body for voice calls or for wireless data transmission over a cellular network, keep iPhone at least 15 mm (5/8 inch) away from the body." Blackberry Bold advises users to, "keep the BlackBerry device at least 0.98 in. (25 mm) from your body when the BlackBerry device is transmitting."

Considering many of us have our phones glued to the side of our heads for work and our personal lives, I don’t see too many people making a big fuss about the proximity of their phones to their body.