Will Uber Drive On? Canada's Debacle with the Famous Driving Service 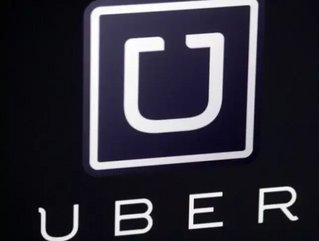 Drivers, start your engines—the race is on! Whether or not you’ve actually experienced the convenience of an Uber, you’re most likely familiar with the famous car service. Headquartered in San Francisco, the company has expanded throughout the years, currently available in 55 countries and 200 cities—including Canada. Are you going to hit the brakes or step on the gas?

Choose a Lane and Stay in It

While Toronto Mayor John Tory is completely for Uber and has even defended the company, the service has been forced to end its journey in both Vancouver and Calgary. The general census of municipal governments across Canada seems to be that Uber is not only operating illegally, but also putting its passengers in danger. And while the services of Uber may not be covered under the insurance plans that protect taxi rides, the car service considers itself to be a technology company instead of a transportation one. This opinion is due to the fact that consumers have to use an app from a smart phone in order to get picked up.

RECENT TOPIC: 4 Reasons Your Business Should Be on Social Media

Uber still has high hopes for expanding their services to other Canadian cities. The company is currently available for use in Edmonton, Toronto, Ottawa, Montreal, Quebec City and Halifax—but it’s just the start.

Jeff Weshler, the general manager of Uber Canada has stated, “Uber wants to be everywhere and we are constantly evaluating new opportunities.” As well, the company does plan on attempting to resolve any issues that are currently prominent before expanding.

Since its start, Uber has proven to be quite profitable. The car service company was recently estimated at being worth $40 billion by Wall Street investors.

So while some may have grievances towards the company, it’s quite clear that plenty of others are having no problem at all hitching a ride!