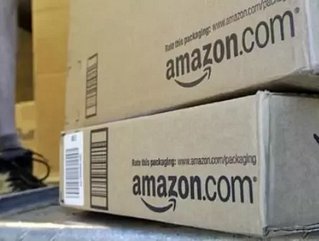 Who knew the State of California had so much weight? Gov. Jerry Brown initiated a new law that would require out-of-state companies to collect California sales tax on online purchases sent to state residents. Amazon.com has taken the first step toward holding a veteran referendum on the recent measure, according to the San Francisco Chronicle.

An Amazon lobbyist filed a petition on Friday with the attorney general’s office to begin the process and it must collect more than 433,000 signatures to allow voters to put the decision up on the ballot. While deciding whether to keep the law in place or reject it is upsetting to local business owners, the collection of sales tax is estimated to bring in $200 million to the state. California has been in the red for years and Gov. Brown is hoping the measure will improve the state budget tenfold.

"This is a referendum on jobs and investment in California. We support this referendum against the recent sales tax legislation because, with unemployment at well over 11 percent, Californians deserve a voice and a choice about jobs, investment and the state's economic future."

He continues: "As Gov. Brown has made clear, it is important to directly involve the citizens of California in key issues and we believe that Californians will want to vote to protect small business and keep jobs in the state."

It seems as if everyone is looking for their fair share of taxes and we’ll continue to watch this Amazonian lawsuit unfold.