As banks in Canada decrease pay packages, should CEOs be worried? 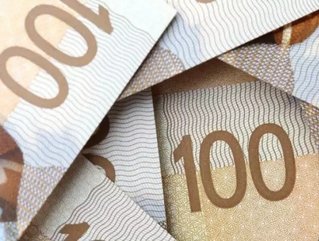 Big banks throughout Canada are currently taking part in a common trend: they are making changes that affect both base salaries and agreements regarding stock options, retirement packages and severance agreements of newly appointed CEOs. The blow comes from a study from consultancy McDowall Associates. But who is this change specifically affecting and what does it mean for other banks and CEOs?

What began this sudden decrease? According to the study, four of Canada’s five big banks recently had a change in CEO, therefore starting the process. Specifically, Bank of Nova Scotia, Canadian Imperial Bank of Commerce and TD Bank each offered their new CEOs a reported 33 per cent less than those who preceded them. And at Royal Bank, the current CEO earns 13 per cent less than the person who previously held the title.

Out of the five banks, Bank of Montreal has not had a change of CEO. Bill Downe, the bank’s current chief executive offer, earns a base salary of $1.5 million, but due to other types of compensation, earns closer to $10.5 million each year.

RECENT TOPIC: Tips to get you through your first year as a business owner

While salaries for these four newly appointed CEOs may be down, a senior consultant with McDowall Associates believes that there’s no reason to panic—not yet, anyway.

Regarding the issues, Bernie Martenson said, “It’s very common for new incumbents in roles paid lower than their predecessors because in this case, they’re new in the job and they don’t have the five to 10 years experience doing it.”  Furthermore, she added, “It’s premature to say if there’s a trend or absolute change in the magnitude of pay over longer term.”

And while increasing analysis has recently been placed on how much a CEO earns, this drop in pay is mostly likely just going to take place for the time being. For example, RBC has reported that they do plan to phase in a higher pay scale for their new CEO. However, the remaining banks didn’t specify if they plan to follow suit or not.

While salaries have dropped, it’s the caps on retirement packages that have really changed. As well, there seems to be a new trend where CEOs are getting fewer stock options.

RECENT TOPIC: Does your phone have the business features offered by Samsung’s Galaxy S6?