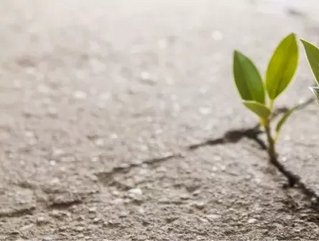 It recorded an annualized gain of 2.7 percent in the third quarter, which was the highest level in two years. This growth rate was nearly a full point higher than the prediction made by the Bank of Canada.

However, this did not dispel worries that the recovery may remain fragile and vulnerable to internal and external shocks.

With some economic experts predicting that economic growth will remain slow next year, businesses are generally assuming a cautious stance, and some of them are taking measures to reduce spending.

The Bank of Montreal reduced its workforce by an equivalent of almost 1,000 positions this quarter. Most of the employees who were laid off were holding full-time equivalent positions, and they came mostly from the personal and commercial banking departments. According to chief operating officer Frank Techar, the bank cut its staff to reduce its expenses and improve the efficiency of its overall operations. Following the layoffs, the Bank of Montreal still employs more than 45,000 people across all its operations.

Air Canada has embarked on a cost-cutting drive as it prepares for a major international expansion. The main component of its cost-reduction strategy is its flight renewal program, which aims to acquire high-density 777s and 787s. It is estimated that the airline can reduce unit costs by about 21 percent if it replaces its existing 777s with high-density 777s, and the 787s are expected to lower maintenance and operating costs by about 30 percent. Air Canada is also trying to get approval from the government to cut the crew size for its narrow-bodied airplanes.

Calgary-based natural gas company Encana Corp announced that it will be undergoing major restructuring to reduce costs. It is planning to cut its workforce by about 20 percent, shut down an office in the U.S. and transfer some of its Alberta assets to a separate public company. CEO of Encana Doug Suttles said that the company is trying to focus its resources on five major areas instead of funding about 30 different areas. Similar to other natural gas companies, Encana has been having trouble staying profitable because of low prices.

Potash Corp of Saskatchewan is the largest producer of potash in the world in terms of capacity, but it has been struggling lately because of a decrease in demand and prices for potash. In October, it recorded its worst quarter in three years and reduced its prediction of 2013 earnings significantly. The company said that it will lay off more than 1,000 employees in Canada, US and Trinidad, about 570 of whom are permanent workers in its potash operations. Additionally, it will be stopping production at a mill in Lanigan and a mine in Penobsquis, as well as shutting down its chemical plant in Suwannee River.

Whether the economy is booming or struggling, businesses should constantly find ways to keep their costs down. An effective cost management strategy can contribute significantly to business growth and success across Canada.

John McMalcolm is a freelance writer who writes on a wide range of subjects, from business news to personal finance advice.