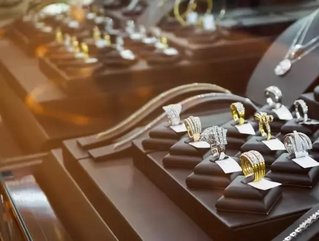 Birks Group, a Canadian jewelry manufacturer and retailer, has announced it is now accepting Bitcoin at eight of its locations across the country, making it the Canadian retailer to accept cryptocurrencies.

The Birks Group operates 26 Maison Birks stores in most major metropolitan markets in Canada, one retail location in Calgary under the Brinkhaus brand and two retail locations in Vancouver under the Graff and Patek Philippe brands.

The new development is the result of Birks Group’s partnership with BitPay, an experienced facilitator of bitcoin and blockchain transactions. According to the company’s press release, “BitPay provides brick and mortar merchants like Birks Group with a full array of options for accepting blockchain payments, from direct point-of-sale integrations to web and mobile-based apps.”

BitPay allows Birks Group, and other retailers, to accept bitcoin risk-free. Other luxury brands in North America have engaged the company’s services “as it allows for large transactions that are fast and easy for customers.  The ability to pay in bitcoin at Birks Group retail locations for brands such as Rolex, Bulgari, Cartier and Breitling is now available at Vancouver West Hastings, Brinkhaus Calgary, Fairview Mall, Bloor, Yorkdale, Montreal and Calgary store locations.”

Jean-Christophe Bédos, president and CEO of Birks Group said of “as an internationally growing brand, we believe that BitPay will benefit our customers as we look to align ourselves with these innovative capabilities that are on the forefront of technology.”

“Birks Group has a large number of international shoppers so allowing them to pay in bitcoin makes perfect sense,” said Sonny Singh, the CCO of BitPay. He continued, stating that “accepting bitcoin helps Birks Group to cater to their high-end international clients and get new customers while providing an innovative and safe payment option.”