Foxconn could triple $10bn investment in US facilities, according to Trump 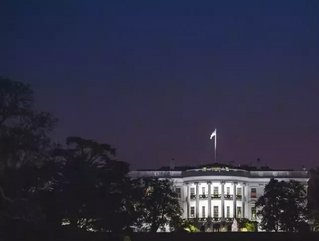 Apple’s biggest manufacturing partner Foxconn could be set to triple its investment in the US to $30bn according to President Donald Trump who made informal comments about the current deal. Speaking of remarks made by Foxconn chairman Terry Gou, Trump suggested the following:

“They’re going to spend $10 billion. But he is one of the great businessmen of our time, and I think the number is going to be $30 billion.”

“He told me off the record he thinks he may go $30 billion.”

Foxconn confirmed a $10bn investment into a display panel plant in Wisconsin last week that could result in as many as 13,000 new jobs.

Should the further investment come to fruition, it would represent the latest example of companies onshoring their operations closer to their core customer base.

In a recent search note from the Progressive Policy Institute, its Chief Economic Strategist Michael Mandal said, "this is about customer proximity. You develop a sustainable and durable advantage against overseas competition."

Amazon have followed suit with its coming release, The Hub, aiming to improve its last mile delivery service, while Ford Motors cancelled plans of building a $1.6bn assembly plant in Mexico, replacing it with a proposal to invest $700mn into their Michigan factory.

Such prevailing and widespread actions in some of the largest global companies reflect a growing emphasis on customer proximity as a high priority within Trump’s changing America.