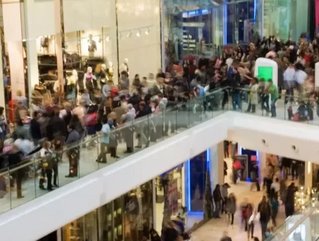 Shares in Guess Inc. have soared after the fashion retailer reported better-than-expected earnings.

Guess Inc produced nearly twice the profit that it expected in the second quarter and shares soared after the results were announced.

The American retailer says it remains "laser focused" on improving the profitability of its Americas retail business.

Guess said that that it benefitted from their focus on markets in Europe and Asia. Meanwhile, in the America's retail market, Guess said it continues to focus on reducing its footprint and improving profitability.

In a statement, CEO Victor Herreo said: “This is truly an exciting time for Guess. We have now increased revenues for four consecutive quarters and we expect consolidated revenues to continue to increase despite store closures in North America.

“In Europe and Asia, we have seen not only strong double digits growth for several consecutive quarters but also continuing margin expansion. We have achieved meaningful cost reductions, especially in our supply chain.

“We are accelerating the reduction of our footprint in the U.S., which currently represents less than 36% of our global sales.

“And finally we are significantly increasing the adjusted guidance for fiscal 2018 and are now expecting to grow top-line, adjusted operating margin and adjusted earnings per share compared to last year.”

Even though it will shrink its footprint in America, closing a projected 70 stores, the company expects continued revenue growth from 4% to 6%.