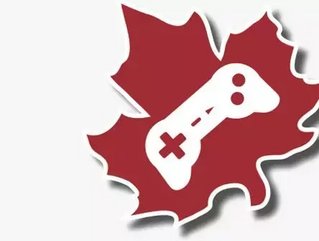 So who has taken the leap into the Ontario Technology Corridor? Big international companies such as Arkadium, Capcom, Electronic Arts, Rockstar Games, Ubisoft and Zynga have made Ontario their home. Ontario has become a breeding ground for Canadian video game companies as well, launching Digital Extremes, Christie Digital, Nulayor, RocketOwl and more.

But why are these companies choosing Ontario? Daniel Sennet, Director of Operations for Arkadium, stated on the company’s Facebook page that the choice to open up shop in Ontario “wasn't just because everyone there is nice and says 'please' and 'thank you.' It also wasn't because hockey is clearly the best sport in the world. It was mainly because as a company, we were looking for an educated, skilled and motivated workforce. We were also looking to open an office in a welcoming city -- and by welcoming, I mean one that extends business opportunities to you including significant tax incentives. When we thought about how few cultural or language barriers there are and that we can walk to the office from the airport... it was a clear no-brainer.”

The government of Ontario has supported this growth of gaming companies in its province. Offering financial incentives and tax breaks, the government has made it easy for companies to invest in operations being located in Canada.  Ontario’s Media Development Corporation (OMDC) specifically has created tax incentives for gaming companies such as the Interactive Digital Media Tax Credit which refunds up to 40 per cent of labour costs. Other tax credits available for R&D also reduce company operational costs.

"Forbes Magazine's most recent Best Countries For Business rating ranked Canada No. 1, citing our ability to skirt the financial meltdown that's plaguing the U.S. and Europe, our banking system's solid lending practices, trade freedom, a reformed tax structure and a lack of red tape," says Bill Elliot, Integrative Trade Consultant with Canada's Technology Triangle Inc. "When you add Ontario's strategic focus on gaming and digital media, government incentives can cut costs for game developers and producers by up to 40 per cent, and fast-track policies that make it easy for companies to relocate key personnel as well as their spouses, the Ontario Technology Corridor is a very compelling choice."