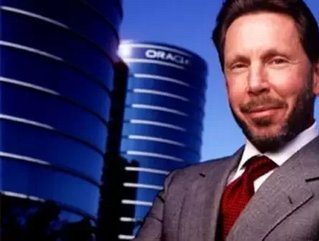 Oracle Corp. made news on Thursday for announcing that its quarterly sales topped $10 billion for the first time ever and CEO Larry Ellison has benefitted from using his knowledge of pairing software and hardware. Analysts have predicted that Oracle will report revenue of $10.8 billion in the fiscal fourth quarter, which ended in May of this year and that earnings likely rose to 71 cents a share.

Ellison, who is also the fifth richest person in the world with a personal wealth of $39.5 billion, is using his purchase of Sun Microsystems Inc. to include computers to the fleet of programs he has endured through more than $42 billion in acquisitions since 2005. According to Bloomberg, Oracle has tailored its databases to run faster on machines using hardware from Sun Microsystems. Similarly, Oracle’s approach attracts corporate customers with its capabilities.

What’s interesting is that before Thursday, Oracle stocks climbed 2.9 percent this year and soared to $36.37 on May 2, making for its highest closing since back in October 2000. Currently, Oracle shares fell 58 centers, or 1.8 percent to $31.62 in Nasdaq Stock Market trading.

Currently, Oracle is butting heads with Google because it is accusing the search engine site of using technology related to Java in the Android mobile operating system. Oracle’s damages expert has estimated that Google would owe $1.4 billion to $6.1 billion in damages if found liable for infringement, according to Bloomberg.

Oracle should start celebrating now as analysts believe that its sales are projected to increase 8.8 percent to $39 billion in 2012.