Oscars, Emmys, VMA's and others: The economic impact of LA's award shows 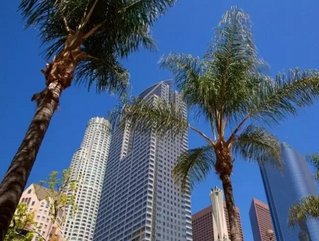 Los Angeles is the undisputed home of blockbuster entertainment and each year the world’s greatest performers meet at a number of glitzy and glamorous awards shows. Famed for lavish dining, expensive sets, extravagant locations and free pouring champagne, it’s believed the average Hollywood awards show costs in the region of $30 to $50 million. This sounds like an obscene amount of money to spend on one night’s entertainment, but how much revenue is injected into the LA economy every year because of them? Answer: A lot.

The MTV VMA Awards and the Emmy Awards have just been and gone for the year, however their presence will surely be felt for many months to come.

According to a study by economic research firm Micronomics, the VMA Awards 2014 will generate in the region of $50 million for LA County. Roy Weinstein, managing director at Micronomics told The Breakdown that spending on hotel rooms, eating and drinking in local restaurants and limo rides all contribute to the LA economy during the event. In addition to the initial economic activity surrounding such events, Weinstein said that increased coverage of the area encourages more tourism to the area.

“People on the East Coast see Los Angeles, our beautiful weather and our beautiful local venues and they decide to spend time here in the coming months,” Weinstein said. Last year's VMAs drew a total audience of 10.1 million people, 66 percent higher than 2012, according to MTV.

In the lead up to the VMAs, the Forum in Inglewood underwent a $100 million renovation, before hosting the show.

“We are thrilled to welcome the VMAs to the 'Fabulous' Forum for the first time,” said Sid Greenfeig, senior vice president, West Coast business operations, the Forum. “The VMAs are one of the year's biggest celebrations of music and entertainment. What better place to showcase this international spectacle than the Forum – a venue known around the world as having hosted some of the biggest names in music and a venue that continues – with the recent completion of its reinvention – to deliver an unrivaled experience for both artists and music fans.”

“I am thrilled to welcome the MTV Video Music Awards to the Forum in Inglewood. Since its reopening in January, the 'Fabulous' Forum has become the destination for music-lovers in Southern California. A truly historic location, and home to some of the greatest concerts and sporting events, the Forum is back, better than ever and ready to shine for decades more. We are truly excited to shine a spotlight on the reinvented Forum and our great city,” said James T. Butts, mayor, City of Inglewood.

Not only does the economy receive a boost from direct sales during the events, but also brings more long-term benefits for example publicizing the city as a music and entertainment hub.

A feature in The Hollywood Reporter also takes a look at the economic benefits behind the Oscars – the Oscarnomics. According to the Los Angeles Economic Development Council, Oscar fever injects a whopping $130 million into the economy every year.

The Academy of Motion Picture Arts and Sciences reported $89.6 million in Oscar-related revenue in a financial statement released in June 2013. The bulk of that income is from the Walt Disney Co., which pays $75 million annually for the rights to broadcast the awards show on ABC through 2020.