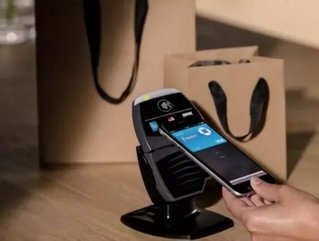 Apple unveiled plenty yesterday, but their support of near-field communication (NFC) through Apple Pay is set to be the tipping point in widespread adoption of the mobile wallet. This is big news from a retail revenue standpoint because mobile payment programs mean more spending – twice as much according to a recent study. Here's an example: Starbucks sees 11 percent of its sales through its successful mobile wallet loyalty app, and the man behind it was recruited by Apple to create Apple Pay. Until this point, it's merely been the lack of program availability holding back a major shift in how we pay at the checkout line.

The rise of digital wallets

As the use of cash and checks declines, credit and debit card use increases. This trend has helped merchants by reducing barriers to sales and helped consumers by increasing convenience and security. Phase one of this digital cash transition, mobile credit card readers, has been happening for years, with mobile card reader technology making it easier and more affordable for merchants to accept credit and debit cards. Phase two is just beginning with digital wallets built into consumer smart phones and readers that can accept payments becoming more common at merchants.

Purchase barriers are disappearing. Anyone from a taxi driver to a food truck merchant can now accept your credit card. The US Treasury estimates that card-based mobile commerce will grow to $222 billion by 2018. Payments via digital wallets in consumer phones are just getting started but expected to grow quickly, reaching $189 billion per year by 2018. Source: Business Insider, The Future of Payments.

The development of mobile commerce

Digital wallets to pave the way for future payments

The line between credit card and smart phone is rapidly blurring. The Smart Card Alliance points to “contactless payments” as the inevitable future, using either chip-embedded cards or smart phones with NFC technology. Their research says the trend favors smartphones, because few people leave home without their phone. Money may be transferred via bar codes, QR codes, or near-field communication (NFC) signals.