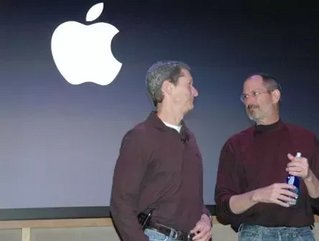 With changes at the top of so many high-flying companies, the topic of succession management and corporate governance is au courant. Having a visionary at the helm is an asset but also a liability. What happens when they fade out? Will your organization stay competitive? Will it even be able to survive? Bersin & Associates’ research shows that only 19 percent of the large organizations we recently surveyed (for our upcoming High Potential Leader research study) have a business-integrated strategy to identify and develop high-potential leaders.  Nearly half the companies we surveyed have only an ad-hoc or locally-managed approach, or no approach at all. Yet, the demand for leader talent, particularly C-suite talent, is on the rise.

Whether CEOs or other top leaders leave because of retirement, illness, or the lure of a better offer, responsible Boards of Directors are asking company executives about future staffing strategies -- and they should be. The board’s role, after all, is that of a watchdog to ensure business continuity and viability.

Filling the shoes of a company’s visionary is challenging even with the best succession management playbook in place. Without it, it is nearly impossible.  Grooming executives is an art that needs to be planned, methodical, and targeted.  The process should begin at least two years before a new executive needs to be in place. It starts with defining the purpose, priorities, and challenges of the executive-level role and considering talent demand and supply constraints and availability. Next, through the use of pre-defined criteria, high-impact organizations identify potential successors and design targeted development plans to include high-value experiences such as coaching, mentoring and action-learning. Experiential assignments may include job rotations, special assignments, cross-functional assignments and stretch assignments that take the executive beyond his or her comfort zone.

In the case of IBM, Palmisano was given a broad range of top jobs, before his predecessor, the legendary Lou Gerstner, gave him responsibility for managing the company’s day-to-day operations as president. For example, Palmisano at various times ran IBM’s services, PC and enterprise systems groups. At Apple, Jobs groomed Cook in a similarly disciplined way. Cook, a former IBM executive, started his career with Apple in 1998 as senior vice president of operations. Subsequently, Jobs gave him responsibility for Apple’s worldwide sales and its Macintosh division. Seven years later in 2005, Cook was named COO in a careful and deliberate move that positioned him as Jobs’ right hand person.

Through the lens of their respective, well- defined development approaches, IBM and Apple took the steps necessary to ensure successful transitions into chief executive positions within their respective organizations. Gerstner and Jobs personally oversaw and improved the opportunities for their successors to absorb the organizational DNA that had been carefully constructed over the years to keep the company processes replicable.

In other words, Gerstner and Jobs drafted the frameworks that allow their successors to continue the triumphs of the companies they had built.  Strong succession plans are  the very means by which CEOs, and the successors that they groom, break down fiefdoms, institutionalize thought leadership, create inclusive culture, build collaboration and global connectedness, and regularly turn out insanely great products, solutions, and services. They allow successive generations of top leaders   to keep a company competitive, thriving, and game-changing.

I suspect that by now, you are benchmarking your own organization against these best-in-class succession management standards that these high-flying companies adhere to.  How high are you flying? Are you ready for take-off?