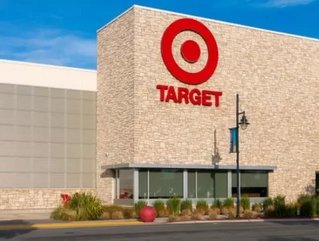 Ever get to the register and feel like you’ve bought more than anticipated? Spent more than intended?

You may not be wrong.

Overcharging customers just landed Target Corporation in deep s-h-i….well, you get it. And the depth of that, ahem, stuff is valued at $4 million.

Related: Secrets of the Amazon (.com)

With 19 stores throughout the county of San Diego, Calif., consumer accusations of inflated costs is taken quite seriously, especially when the county is just one of many within the state—the consumer protection complaint filed by the San Diego City Attorney’s Office was done in conjunction with the District Attorney offices in Contra Costa, Fresno, Marin, Santa Cruz and Sonoma counties.

“Consumers should be able to trust that the price they see posted in the aisle will be the price charged at the register,” said San Diego City Attorney Jan Goldsmith. “This collaboration with district attorneys throughout the state is a big win for consumer protection, as it will bring Target into compliance with the law and protect the public from future overcharging.”

Related: Top 10 SkyMall Products You Should Buy While You Still Can

In specific, the retail conglomerate is accused of charging higher prices at check-out than what was listed in the aisles by not removing expired sales prices. Accusations also include falsifying the weight of pre-packaged food items.

As one example, Marin County Deputy District Attorney Andy Perez explained that the price Target charged its customers for bakery items also included the weight of the packaging—allegedly.

This isn’t Target’s first run-in with the compliance police – it’s the second major injunction brought against the American retail staple – and it has been going on since 2008—allegedly.

The $4 million required by the settlement terms includes the cost of penalties, investigation-based reimbursement and consumer restitution—but not accountability: The company admitted no wrongdoing but did agree to update compliance procedures within the 250 California-based stores to “help ensure price accuracy.”