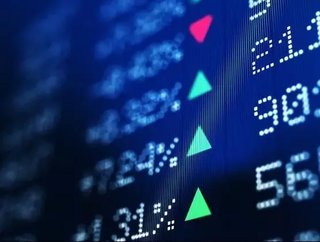 Tesla CEO Elon Musk made a shock announcement on social platform Twitter, stating his aim to privatize the company at $420 per share.

The company has come under fire for its tumultuous history in meeting production targets, as well as financial constraints due to a swinging share price. Musk has also been vocal against ongoing criticisms.

Following on from the announcement, Musk released a blog post, stating that such a move would be ‘the best path forward’ for the business and enable the company to operate at its best. Removing Tesla from the spotlight will remove external pressures and deliver on its long-term ambitions.

“SpaceX is a perfect example: it is far more operationally efficient, and that is largely due to the fact that it is privately held. This is not to say that it will make sense for Tesla to be private over the long-term,” Musk stated.

“In the future, once Tesla enters a phase of slower, more predictable growth, it will likely make sense to return to the public markets.”

Although the plan would need the approval of present shareholders, Tesla stock rose by 10%m with shares reaching $378.

If Musk manages to pull this off, Tesla will obtain the largest buyout in history, taking the crown from Texas electric utility company TXU, amassing a deal over $80bn.

“To have a deal of this size, that’d be unprecedented as far as I can remember,” commented Steven Kaplan, a University of Chicago professor who researches private equity.

“I'm trying to accomplish an outcome where Tesla can operate at its best, free from as much distraction and short-term thinking as possible, and where there is as little change for all of our investors, including all of our employees, as possible,” notes Musk.

However, it is not clear where the funding will come from, given that he has stated that this has been secured. The Financial Times has recently revealed that Saudi Arabia’s public investment fund (PIF) has amassed a 5% stake in the company, gaining shares through stock markets and a holding worth of $1.9bn.