Why has Tesla CEO Elon Musk acquired a stake in Twitter? 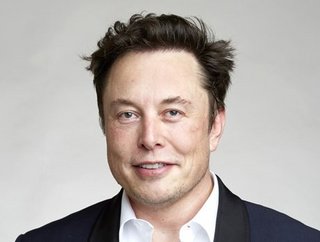 Image credit: The Royal Society, CC BY-SA 3.0 <https://creativecommons.org/licenses/by-sa/3.0>, via Wikimedia Commons
Elon Musk acquires 9.2% stake in Twitter following complaints about free speech, and then joins the board of directors – so what’s his plan?

It's been a busy few days for Tesla CEO Elon Musk.

On Monday, he acquired a 9.2% passive stake in Twitter, worth nearly US$3bn, making him the company’s largest shareholder, and nearly four times the size of co-founder Jack Dorsey’s 2.25% stake.

Following the acquisition, the platform’s shares surged more than 27%, while shares of Tesla rose slightly.

Within 24 hours, it was announced that Musk will join Twitter’s board of directors, news that further sent the social media platforms shares up 2%.

“Through conversations with Elon in recent weeks, it became clear to us that he would bring great value to our Board,” CEO Parag Agrawal said in a tweet.

While the world’s richest man is yet to explain exactly why he has built such a big shareholding in Twitter, analysts believe it could ultimately result in a buyout by the billionaire, whose fortune is estimated at US$273bn.

Daniel Ives, an analyst at Wedbush Securities wrote in a note to investors that such a move could ultimately lead to a "more aggressive ownership role of Twitter".

Well, anyone worth their social media salt knows that Musk is a passionate Tweeter, a platform upon which he has built his powerful personality and consistently reveals both his genius and eccentricity; but also, that he is a passionate critic of Twitter’s moderation efforts.

His criticisms come in the wake of Twitter cracking down in recent years on everything from harassment and death threats to misinformation and conspiracy theories, including banning former President Donald Trump from the platform.

The 50-year-old recently accused the social media giant of failing to adhere to free speech principles, tweeting that he was “giving serious thought” to building his own social media platform, and further ran a poll asking users if they believed the platform adheres to the principle of free speech, which over 70% voted ‘no’.

He further said in a post last month that given that the social media platform “serves as the de facto public town square, failing to adhere to free speech principles fundamentally undermines democracy”.

As Thomas Hayes, managing member at Great Hill Capital LLC said that Musk’s investment “does send a message to Twitter… having a meaningful stake in the company will keep them on their toes, because that passive stake could very quickly become an active stake.”

Even before this financial investment in Twitter, Musk had skin in the game, and is arguably the most powerful voice on the platform.

Not only does he have power on Twitter – he has amassed 80 million followers since joining in 2009, and ranks eighth most popular, wedged between Lady Gaga and Indian prime minister Narendra Modi – but more essentially, he understands the power of the platform to influence.

You only need to witness the impact on the markets following a Musk tweet to understand his influence. In January last year, following a tweet that read ‘I kinda love Etsy’, shares of the ecommerce platform jumped by 8%, a record high for Etsy. In March 2021, Musk announced via Twitter that Tesla would begin accepting bitcoin as a method of payment to purchase EVs, causing bitcoin to jump above US$40,000 from US$34,880, and then tweeted two months later he had changed his mind, causing bitcoin to fall almost 17%. Similarly, in December, he announced that Tesla would start accepting dogecoin on a trial basis, causing the cryptocurrency to jump 24%.

Musk, who was TIME’s Person of the Year last year, knows that a tap of his Twitter fingers can move the needle on everything from Tesla’s stock price to cryptocurrency markets and he takes full advantage of that.

Musk tweets often, candidly, and sometimes controversially. He has been known to share more than 30 tweets in a single day, and in 2021, he tweeted at least once on all but 14 days, according to analysis. He discusses a wide array of topics, from serious conversations to light-hearted memes, and is sometimes controversial, ruffling the feathers of big shots in the world of business and politics. He has foregone traditional press channels when making company announcements – Tesla or SpaceX – tweeting them via his personal account instead.

It’s a highly unusual position for someone of his stature – but it is a position that has made him popular. Because, no matter what you think of them, or how outlandish or shocking his comments have been (and there have been many), Musk’s tweets consistently make headlines, and his companies continue to see success.

His tweets have sometimes landed him in hot water, however. Like when he tweeted a meme comparing the Canadian prime minister Justin Trudeau to Adolf Hitler, which he later deleted following widespread criticism; or when he got into hot water with the US financial markets regulator, the SEC, for posting tweets that have had significant ramifications for the companies he runs.