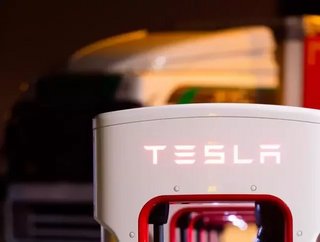 According to CNBC, Wal-Mart has preordered 15 of Tesla’s new semi-trucks named Semi – a model that was recently unveiled by the innovative automaker alongside its new Roadster during an event at its Los Angeles facility.

Wal-Mart will be acquiring 10 Semis for its US operations and five for its Canadian unit, adding to the firms existing fleet of approximately 6,000 trucks across its North American businesses.

"We have a long history of testing new technology – including alternative-fuel trucks – and we are excited to be among the first to pilot this new heavy-duty electric vehicle," the company said, speaking to CNBC.

"We believe we can learn how this technology performs within our supply chain, as well as how it could help us meet some of our long-term sustainability goals, such as lowering emissions."

Within the reveal, Tesla CEO Elon Musk revealed that the trucks that are set to go into production in 2019 could travel up to 500 miles from any single charge.

Further, fellow food retailer Loblaw has joined Wal-Mart in its interest in the Semi, with the Canadian retailer having also ordered 25 of the vehicles.

It seems that the vehicle will become popular amongst a number of firms, with the electric vehicle likely to save firms huge long-term costs with Musk having cited that the vehicles will be 25% cheaper to run per mile than any standard diesel truck.