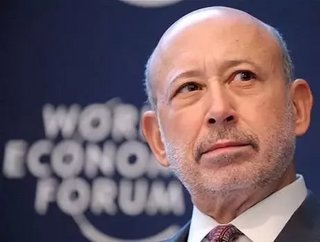 The chairman and chief executive officer of Goldman Sachs, Lloyd C. Blankfein, has been diagnosed with a “highly curable” form of lymphoma, Blankfein revealed in a note to the bank’s employees and shareholders today.

Blankfein, 61, said he underwent a series of tests over the summer due to not feeling well and a biopsy last week revealed that he had the form of cancer.

“Fortunately, my form of lymphoma is highly curable and my doctors’ and my own expectation is that I will be cured,” Blankfein wrote in the letter posted on the investment bank’s website.

Blankfein received his final diagnosis from his doctors about midday on Monday and informed the company’s board about 4 p.m., according to the New York Times.

RELATED TOPIC: Goldman Sachs sounds out on what Google’s new CFO should do

Blankfein’s treatment plan will include chemotherapy over the next several months in New York and he will continue to work “substantially as normal.” Blankfein will, however, reduce some of his previously planned travel during the treatment period.

RELATED TOPIC: What can businesses in the United States learn from Sears Canada losing its CEO?

Blankfein, a Brooklyn native and Harvard University graduate who rose through the firm’s currency and commodity trading unit, took over as CEO when Henry Paulson left to become U.S. Treasury Secretary in 2006.

“There are many people who are dealing with cancer every day,” wrote Blankfein. “I draw on their experiences as I begin my own. I have a lot of energy and I’m anxious to begin the treatment. I appreciate your support and good wishes.”