Airbnb to expand into hotel booking space with HotelTonight acquisition 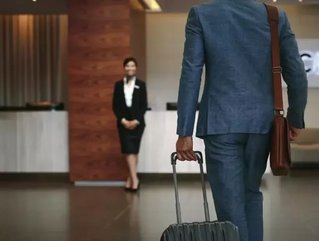 Peer-to-peer accommodation company Airbnb announced this week that it will acquire online travel company, HotelTonight, which hosts an app that helps its users find last minute discounted bookings throughout the Americas, Europe and Australia.

Brian Chesky, Airbnb Co-Founder, CEO and Head of Community said: A big part of building an end-to-end travel platform is serving every guest, whether they plan their trip a year or a day in advance. Working with the incredible team at HotelTonight, we will offer guests an unparalleled last-minute travel experience that provides unique, memorable hospitality on every trip, on any schedule, at any time.”

Since being co-founded in 2008 by Chesky, Airbnb has grown into the premier organization in the new ‘sharing economy’. By connecting its users with over 6mn places to stay, the company has become “the most searched-for accommodations brand” according to Paul Godman, senior industry manager for hospitality at Google.

According to a Bloomberg report, Airbnb exceeded financial projections for 2017, reportng US$93mn in profit and $2.6bn in revenue. By the end of Q1 2019, the company claims that over 500mn will have arrived at Airbnb listed properties since the company’s founding.

The company has already begun to expand its offerings beyond the traditional spare room. In February 2017, Airbnb acquired Luxury Retreats International, a Canadian-based villa rental company, for approximately $300mn. Since then, the company has continued its expansion into the hotel space. Since its foundation, Airbnb “has gradually warmed up to at least the boutique and luxury hotel industry. In February 2018, Airbnb announced that hotels would be a separate category on its website. At the time, it already had 24,000 boutique hotel rooms and over 180,000 B&Bs. Those numbers have more than doubled in the past year,” Forbes reports.

Following the acquisition of HotelTonight, the company will continue to operate under its own brand, and its CEO, Sam Shank, will take over Airbnb’s luxury hotel division, with most of his employees transferring to Airbnb.

According to Forbes, “it’s a symbolic acquisition for the peer-to-peer travel company that has been in a love-hate relationship with the hotel industry for years.”

In a statement, Shank said: “Together, HotelTonight and Airbnb can give guests more choices and the world’s best boutique and independent hotels a genuine partner to connect them with those guests.”