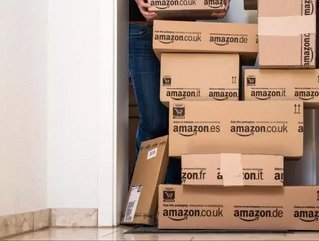 Jeff Bezos has revealed in a letter to Amazon’s shareholders that the company now has over 100mn subscribers, unveiling its numbers for the first time in its 13-year history after reaching the major milestone.

The news comes after the company had its best ever year through 2017, adding more prime subscribers than in any year previously and having shipped over five billion products through its prime platform.

“While many retailers struggle to establish omni-channel strategies, Amazon is taking omni-channel innovations to the next level through its partnerships, delivery options and multiple interfaces,” said Hugh Fletcher, Global Head of Consultancy and Innovation, Salmon.

The statement also announced that AWS had become a $20bn revenue business unit for the company, with Amazon having added 1,400 services and features to the cloud computing technology platform.

Further, the 2017 marked the best year yet for Amazon’s hardware division, having sold “tens of millions” of Echo devices, making them the best-selling products across the whole of Amazon.

“The high standards our leaders strive for have served us well. And while I certainly can’t do a handstand myself, I’m extremely proud to share some of the milestones we hit last year, each of which represents the fruition of many years of collective effort,” said Bezos.

The company’s acquisition of Whole Foods, its launch of Amazon Go, and the growth of its music and fashion businesses are also notable highlights of the company’s year, all things contributing to Jeff Bezos being named top of Forbes’ rich list with a net worth of $112bn.