The battle for Canadian ecommerce: Amazon vs Alibaba 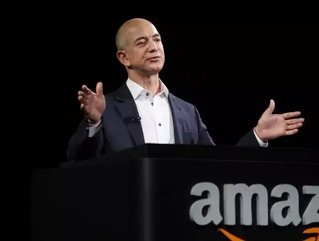 Globally, the ecommerce battle is between Amazon and Alibaba right now and these two giants are set to square up to each other - in Canada. Amazon is extending its grocery and streaming services into the country, while Chinese ecommerce giant Alibaba is making a direct play for Canadian business. Let’s see what the two digital powerhouses are up to over here…

The ecommerce landscape in Canada is a blank page waiting to be written. Unlike other developed countries, shopping online hasn’t quite had the same traction here, until now. There are expansion plans from Amazon, and Alibaba’s iconic chief Jack Ma is paying a visit to Canada later this year specifically to talk to Canadian leaders about how businesses here can use its platform to reach the lucrative Chinese market.

Robin Shrek, Vice President Retail and Digital Insights for consulting firm Kantar Retail, has seen a shift in the last three to four years as Canadians move from buying through Amazon.com to Amazon.ca. “The population in Canada is very digitally connected, and comfortable interacting online. But, historically, the ecommerce formula of convenience and price just hasn’t been there. Now that is starting to change. The typical shopper profile is someone who wants a good deal, the best price for the highest quality.”

Despite being just the other side of the border from the US, and Amazon’s home town of Seattle, the retailer has been slower to make an impact in Canada compared to its presence elsewhere. According to Paul Brigg, Senior Analyst Canada for eMarketer.com, “ecommerce sales in general in Canada have lagged behind countries like the US and the UK by a few percentage points. It really comes down to the supply chain aspect of fulfilling online orders – that has been the biggest obstacle because of the logistical challenges involved in servicing the wide geography that is Canada and the way the population is dispersed. The supply chain channels are larger, shipping fees are attached, so pricing isn’t as attractive. The other thing we have seen is that traditional retailers have been slower to invest in the technological infrastructure for doing effective B2C ecommerce.”

As well as acquiring more distribution centres across the country and improving logistics this last year, Amazon launched its streaming video service Amazon Prime and expanded its cloud computing platform Amazon Web Services in both Vancouver and Toronto. Its purchase this year of the grocery chain Whole Foods for $13.7bn may well transform the way we shop for groceries. Within days of buying the upmarket stores, Amazon had reduced prices in both the US and Canada, bringing it more into line with the way the multinational runs its online business.

It was back in 1995 that Amazon began selling books online, beginning a process that has completely transformed how the world shops. It’s almost impossible to remember a time when it wasn’t possible to buy almost anything, from anywhere – online – and have it delivered.

Amazon, founded by Jeff Bezos in 1994, reported net revenues of US$135.99bn in the last year. That was an increase of just over a billion on its revenues in 2015. It is the world’s largest online retailer, directly competes with Netflix in video streaming, and sells a tablet that is in the number four spot globally.

Bezos has always been adamant that Amazon is not a retail company, but a technology company. It earns $10bn in sales from its Amazon Web Services, a cloud computing platform, which has an operating income of $2bn.

Alibaba is also one of the biggest ecommerce companies in the world. Established in 1999, it also has a charismatic founder with a vision. Jack Ma is China’s richest man with a fortune of around $25bn. However, there is a good chance you have never heard of the company. The Alibaba Group’s customer base of around 500mn, more than the combined populations of the US and Canada, is almost entirely in China. This is a sizable market. For the year ending in March 2017, Alibaba’s revenue was $23bn, an increase of 56% on the previous year. The value of the transactions carried out on its online sites last year was more than Amazon and eBay combined. Alibaba has three main platforms – Taobao, Tmall and Alibaba.com – and like Amazon it sees itself as a technology company rather than a retailer.

Alibaba’s special brand of ecommerce magic arrived this September as Jack Ma featured at a business summit (Gateway 17) in Toronto with Canadian Prime Minister Justin Trudeau. Where Amazon is targeting consumers, Alibaba is looking to get Canadian businesses to use its platform to sell to the newly emergent and financially well-off middle classes in China.

Jennifer Kuperman, Alibaba’s Head of International Corporate Affairs explains that for the company, expansion into Canada isn’t about the consumers, but about Canadian businesses. “We want to provide access to the Chinese consumer. The landscape in China has changed from an export economy to a consumer economy. Its growing middle class wants to upgrade their lifestyles. As Jack Ma says, Alibaba was born in China but created for the world.”

The company provides sellers with the marketing tools to appeal to Chinese buyers, consumer insights to know what Chinese consumers are looking to buy, while it takes care of the whole supply chain process. The logistics of selling to China can be complicated, and Alibaba uses a partner to help sellers navigate bonded warehouses, taxes and tariffs. Bigger brands can create a shopfront in the Canadian portal in TMall, which is fully branded.

Sales flow in the other direction as well. Its AliExpress.com site sells items such as cosmetics, apparel and electronic goods from Chinese retailers to Canadian consumers. However, Alibaba has not announced any plans to expand this part of its business, and it is not a part of the Gateway17 summit. Briggs gives the impression that this is a very small part of the Alibaba equation. “Alibaba’s business is selling into China. That’s its main focus.”

At the moment, the company has no plans to use its platforms so that Canadian businesses can sell to Canadian consumers, but this is almost certainly a part of Jack Ma’s vision for the future. When that day comes, the two tech giants will directly clash.