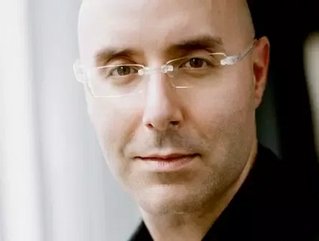 How would you feel if you found out that everything you are reading in the newspaper was chosen for you by a robot?

Would you have confidence in the choice of topics and its quality? Is it even possible for a robot to figure out what works in a newspaper? Behind the scenes at any newspaper is a crack editorial team composed of editors and journalists who spend their days hunting for the news that matters most to you. They meticulously curate and edit this content so that it fits within the allotted pages. Success in the publishing business comes from the publishing company that employs the best people who have a "nose for news." The amount of pages published daily in this newspaper is (somewhat) predicated on how much advertising is sold. That's the true business model. As the publishers of your local paper creates a compelling enough newspaper, this grows the audience, and that larger audience is attractive to advertisers.

The big question is: Can robots do a better job than these editors in knowing what content you are most interested in?

We may have uncovered the answer to this question in January, when Demand Media went public. Demand Media Inc. is a U.S. company based in Santa Monica, California, and is headed by Richard Rosenblatt, who is the former chairman of MySpace. The business model of Demand Media is unique. Through studying Web analytics and niche topics that are getting search engine traffic online, Demand Media uses the information to create content. This content is then syndicated across the Internet and the articles are coupled with Google's AdSense advertising program.

It seems like a genius business model, doesn't it?

If people are looking for a particular type of content and Demand Media can figure out what that content is, get someone to create it, and monetize the article, it seems like not only have the robots figured out what type of content the consumers want, but they've also uncovered a simple and elegant revenue model to match it. When Demand Media went public in January, the shares soared 33 per cent in their first day of trading. The closing price on that day brought Demand Media a market cap of close to $1.9 billion - making it larger than the New York Times Co. and Time Inc.

But all is not perfect for Demand Media

While it might seem like an entirely new type of company to you, many companies over the years developed a similar business model. The success of this type of business is predicated on the ability to not only create, monetize and syndicate content, but to get it to the top of a search engine's natural listings as well. This is where things get interesting: Companies such as Google, Yahoo and Bing are not looking for just any type of content to be present on the first page of search results. Their success is based on a search delivering the best result. Demand Media (and other similar companies) are often accused by search engines and media as having low-quality content akin to spam. "The company's sites, which include eHow, Answerbag and Livestrong, ranked the firm as the nation's 17th-biggest Web property overall in November, according to ComScore, as 105 million viewers clicked on its how-to articles and videos on topics such as 'How to sew your own pillow,'" reported the Los Angeles Times in an article titled, Demand Media shares jump 33% in trading debut.

These types of content creation and syndication companies have been labeled "content farms" and it's something that search engines such as Google have been paying close attention to.

The last thing the major search engines need is someone creating content that has been gamed through links, keyword focus and other search engine optimization tactics to be placed at the top of their results. Rosenblatt counters that the content Demand Media creates is the type of content people are looking for. "Each article is actually touched by 14 humans, titling, writing, fact checking and copy editing," Rosenblatt said in that same Los Angeles Times article. "We can't imagine a more rigorous quality process. We think content farms are non-original, duplicative, spammy content. And that's not us."

Google bites back (sort of)

Regardless of how Rosenblatt feels, in a blog post on Google's official blog titled, Google Search And Search Engine Spam, written by Matt Cutts (principal engineer and head of the "webspam" team at Google), he says: "As 'pure webspam' has decreased over time, attention has shifted instead to 'content farms' ... In 2010, we launched two major algorithmic changes focused on low-quality sites. Nonetheless, we hear the feedback from the Web loud and clear: people are asking for even stronger action on content farms and sites that consist primarily of spammy or low-quality content. We take pride in Google search and strive to make each and every search perfect. The fact is that we're not perfect, and combined with users' skyrocketing expectations of Google, these imperfections get magnified in perception. However, we can and should do better."

This is where the business paradox kicks in...

Demand Media's success is directly tied to Google's financial success. The more successful Demand Media is, the more advertising revenue Google gets. If Google begins punishing Demand Media's content by lowering its relevancy and placement in their search results, they are also hurting their own financial outcome.

Who decides what the definition of "quality content" really is? Is it the editors of the newspaper, the webspam team at Google, the Web analytics behind Demand Media or you?

Mitch Joel is President of Twist Image — an award-winning Digital Marketing and Communications agency. In 2008, Mitch was named Canada's Most Influential Male in Social Media, one of the top 100 online marketers in the world, and was awarded the highly-prestigious Canada's Top 40 Under 40. His first book, Six Pixels of Separation (published by Grand Central Publishing - Hachette Book Group), named after his successful Blog and Podcast is a business and marketing best-seller. You can find him here: www.twistimage.com/blog