Health Canada cracks down on illegal marijuana advertising—Is the industry in trouble? 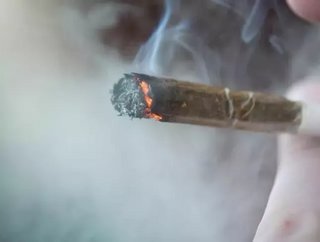 It’s starting to get smoky in Canada—regarding the marijuana industry, anyway.

It was recently revealed that Health Minister Rona Ambrose has ordered that those who are illegally advertising marijuana be stopped. Ambrose even went a step further, as she re-stated the Conservative party’s pledge to keep all storefront dispensaries illegal.

In a statement, she said, “Today I directed Health Canada to create a task force to crack down on illegal marijuana advertising. This task force will ensure that those who engage in such illegal activities are stopped, and should these illegal activities continue, promptly referred to law enforcement.”

What’s next for the marijuana industry? Could Ambrose’s demands actually create blunt friction in the pot business?

As of now, the current law states that only regulated parties (i.e. licensed producers) are able to advertise basic, non-promotional information.

In response to Ambrose, Health Canada has released a statement that it will start monitoring marijuana advertising instead of its typical practice, which has been to wait for specific complaints.

Ambrose’s comments have sparked further friction amongst Conservatives and Liberals, with her stance being that Liberals are being “irresponsible.” Liberals countered with the belief that the Conservatives’ approach to marijuana is an “unmitigated failure.”

Though this dispute is nothing new—and will most likely only continue to grow—Canadian weed isn’t going anywhere. Not if the Liberals have anything to do with it.

In Canada, medical marijuana can be obtained with a prescription from a healthcare practitioner. Since becoming legal, marijuana dispensaries have flourished—even though there are laws against pot being sold online or in storefronts.

Furthermore, marijuana advocate Jodie Emery said the government’s opposition to advertising marijuana was based on “an ideological . . . rather than a scientifically health-based approach.” Emery believes that having a strict ban on advertising marijuana does a disservice to Canadian who want to educate themselves on the drug.

Is she right? Should Canadians be presented with all marijuana facts before ultimately making a decision of what goes into their body?

In the end, it’s a game of tug of war—neither party is going to stop arguing or change their view on the matter until they’re official given their way.

For the latest news in healthcare, make sure you visit our sister brand Healthcare Global.

RELATED TOPIC: If Canada’s medical marijuana industry is burned, who will suffer?