MatchaBar completes $8mn funding round as it launches new drink 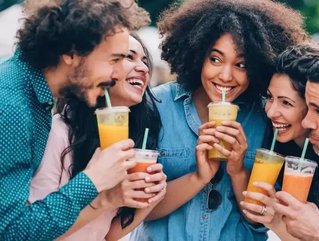 The Brooklyn-based café, MatchaBar, has completed an $8mn funding round that included names such as Denver Broncos linebacker Von Miller and DJ Diplo, CNBC reports.

The café, with a menu that focuses on selling drinks made from matcha, has become popular in the US since its launch in 2014.

The new product will be available from well-known retailers such as Whole Foods, Key Food and Food Town.

Amazon customers rewarded by Avis for renting its cars

Co-Founder Graham Fortgang spoke to CNBC in an interview: “When MatchaBar opened, it was the first matcha cafe in the country.

“We found matcha by chance looking for an alternative to our caffeinated consumption.”

The café uses ready-to-drink bottles that are sourced from a family farm in Nishio, Japan and has recently announced over 1mn sales since opening.

The drinks, made from caffeinated green tea powder, have also become popular with celebrities after it was confirmed that international rap singer, Drake, had invested in the products last year.

In the US last year, it was found that US consumers drunk over 3.8bn gallons of tea according to the Tea Association of the USA.