Social Media&#039;s Impact on your Brand 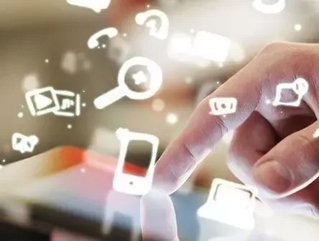 There’s no denying that social media has taken the world by storm. Facebook, LinkedIn, and Twitter boast millions of users. Social media is a huge engagement, staffing, retention, and increasingly, branding tool. It’s at the foundation of what I call tri-branding. Tri-branding is when companies use social media to link both product and employment brand, and to get their customers to sing their praises or live their brand.

The Good
Companies need to proactively leverage social media to drive their tri-branding efforts. Companies should be leveraging social media to boost brand via tweeting, posting, and blogging.   Posting recent wins, new products or services, job openings, key promotions and hires, and press releases are all opportunities to brand who you are.

Tri-branding occurs when your customers promote you on your behalf. When keynoting, I often show a YouTube video of a Southwest airlines flight attendant singing a country song as part of her opening comments to fellow passengers to ‘buckle up.’ This YouTube Video has now been seen by millions of viewers. Think of the marketing and benefits of this example for Southwest Airlines. A customer on their own, branded Southwest’s product in a positive way, with Southwest being the beneficiary of millions of views. How much would it cost Southwest to proactively seek similar brand and the culture exposure? Another example of “The Good” within the airline industry is Cebu Pacific, an Asian airlines. Google them, and you’ll quickly see that they are also beneficiaries of Tri-branding, with their customer base uploading You Tube videos on their behalf, resulting in millions of views. Tri-branding is all about your customer base branding - and in fact, funding - your message. But think of the cost to Southwest or Cebu Pacific if they had negative cultures, or if a customer had a negative experience.

The Bad
Many companies are afraid of the realistic downside of social media (employees saying the wrong thing, badmouthing the employer, inadvertently sharing information publicly that should only be shared privately, customers saying negative things about their establishment, etc.). And their concern is often legitimate as employees and customers, along with other stakeholders, often say negative things about a brand – especially if they had a negative brand experience or if the brand has a toxic culture. Unless you take control of social media, you risk social media taking control of you.

To keep our case study examples within the airline industry, there is a well known customer service case study known simply as “United Breaks Guitars,” featuring Canadian musician Dave Carroll. While flying on United Airlines, a fellow passenger steers out the window after landing, and announces to those around him, including David, “look at those baggage handlers throwing that poor passengers’ guitar…” Sure enough, David’s guitar was broken. Attempting to seek reimbursement from United, he faced a mountain of bureaucracy and denials and, ultimately, a rejection. So he decided to take matters into his own hands by writing a song simply titled,  “United Breaks Guitars” and proceeded to upload the video on You Tube. At last count, “United Breaks Guitars” has close to 13 million views. Opportunistic Mr. Carroll has even appeared on most of the national media outlets, released follow up videos, saw an increase in his recording business, and even published his first book! And oh, United ultimately offered an apology, reimbursement, and now includes “United Breaks Guitars” as a customer service training video.

The Ugly
Subway customer Matt Corby from Australia was innocently eating the fast food chain’s signature “Foot Long” sub, when he noticed that the sandwich appeared smaller than advertised.  He simply measured the sandwich, and discovered it was 11 inches long. So he decided to post a photo of his discovery on Subway’s Facebook page, positioning his sub next to a tape measure along with the message “subway pls respond.” Mr. Corby’s photo was seen by thousands of Subway customers, and even resulted in copycat photos all over the social networking site, including one featuring a sandwich compared to a human foot in a sock. Subway had a PR nightmare on it’s hands, and had to respond accordingly. Remarkably, some disgruntled Subway customers even filed lawsuits against the fast food chain, claiming false advertising.

That is where we are with social media today – it’s not going away. When I address audiences, I remind them that once upon a time, we would lock our rotary telephones so employees wouldn’t  ‘steal’ company resources by calling their relatives or friends with the 800 telephone line. I also recall the head of legal storming into my office exclaiming, “You’re not really going to allow our employees to have access to email, are you? They’ll steal our intellectual property.” As we reflect back today, it is rather ridiculous to think about these former ‘concerns.’

If you’re not embracing and leveraging social media, chances are the external world already is.  Your social media stakeholders include former employees, applicants, customers and clients, vendors, the media, and even the government. Sites such as Glassdoor.com are increasingly becoming popular with departing employees who feel their companies did not treat them fairly. One of the fastest growing sites Klout.com, for example, provides individuals with their social media ‘ranking.’ In the future, instead of asking employees what their credit ranking is, they might ask for their Klout ranking.

Social media is the world where Gen Y lives, and if companies want to engage and communicate with this generation, they MUST embrace social media. How? By creating their own You Tube channels where Gen Y employees and customers can learn of the firm’s values and culture. Employers should ask their employees to join LinkedIn groups to share job opportunities. Firms should identify their most ‘connected’ employees and ask if they would be interested in being brand ambassadors, and tweet new products and or services, advertise new developments, post new positions, etc. Employers will increasingly want to hire employees who are connected as branding increasingly will be an opportunity to involve your most socially connected employees – while engaging them at the same time.

Social media should be used to further leverage one’s employer value proposition (EVP). When I work with new clients, the first thing I do is to help them define who they are. Why do people stay with their company? Why do people want to work for their company? Who are their stars and what are the common behaviors and traits their stars possess? To reinforce this concept of tri-branding, I often ask them a simple question: What do BMW, Apple, and Southwest Airlines have in common? They all are exceptional at linking employment and product brand. Apple hires the most creative people to make the most creative products. BMW hires people who are driving enthusiasts to build the ultimate driving machine. Southwest Airlines hires people who have “fun” in their DNA. In fact, these three companies also excel at tri- branding. In addtition to linking both product and employment brand, they also amazingly get their customers to sing their praises or live their brand. For instance, I’m a Droid user, and I continue to be amazed at the number of iPhone friends who take delight at “trumping” my Droid apps with their own Apple apps. They’re actually living the Apple brand. Tri-branding is an amazing opportunity to leverage social media as your brand accelerator.

Bob Kelleher is a noted speaker, thought leader, and author of Creativeship: A Novel for Evolving Leaders. His first book, LOUDER THAN WORDS: 10 Practical Employee Engagement Steps That Drive Results, has been one of the nation’s top selling employee engagement books since its release in 2010. Kelleher is also the founder and CEO of The Employee Engagement Group (www.EmployeeEngagment.com) and consultant on the subjects of employee engagement, workforce trends, and leadership. For more information, please visit www.bobkelleher.com.