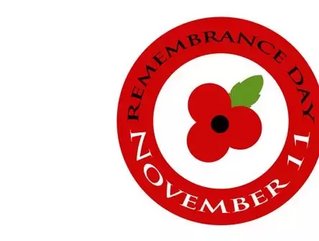 In honour of Remembrance Day, the Ottawa Citizen is hosting a virtual Twitter memorial for those fallen Canadian Forces. Tweeting names at 11 minutes past the hour every hour, the Twitter account will honour 119,531 fallen soldiers.

The account is being run specifically by a bot built by Glen McGregor, an Ottawa Citizen reporter who likes to experiment with public data sources and technology.  Creating a Canadian Virtual War Memorial, McGregor pitched the idea to Citizen’s managing editor Andrew Potter and the project was born.

“We realized that tweeting the entire list over a week or month would flood people’s Twitter feeds and probably get us banned for excessive posting. So, we decided one name an hour was about right, no matter how long it takes,” said McGregor in a blog post.

The Twitter account, @WeAreTheDead, is expected to honour Canadian soldiers for approximately the next 13 years. The account started on November 9th and has honoured 48 soldiers so far.

Additionally, the Ottawa Citizen plans to write a profile about the soldier tweeted at random today at 11:11 on 11/11/11.

“We have no way of knowing which name will be tweeted at 11:11 a.m. — this is a bit of a leap of faith, but I like the  idea that we give for just one day an identity to  this as -yet Unknown Soldier (or sailor or airman),” said McGregor.

The Citizen is asking for help on gathering information on the soldier named by contributing to the newspaper’s open Google Doc file.

There are many ways to honour soldiers on Remembrance Day, but now with the unlimited possibilities of the Internet, it’s clear there will be many new ways that haven’t  been thought of yet to honour the dead.