Walmart takes the gloves off against Amazon 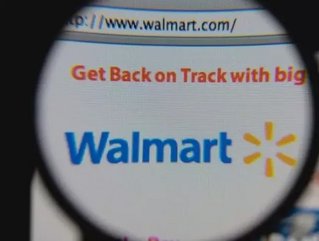 Walmart is king in retail, but Amazon is king in e-commerce. Now Walmart has made its first serious move to challenge Amazon in its realm.

According to Marketwatch, Walmart is now testing a service that may compete with Amazon’s “Prime” service in the future. Prime offers customers free shipping within two days for just under $100. Walmart’s test service offers unlimited free shipping in three or less days for $50 per year.

Quoted in Marketwatch, Walmart spokesperson Ravi Jariwala said, “We heard from customers that they want shipping that’s predictable and affordable.” Amen to that.

Even though Walmart’s new service is competitive in terms of speed between order and product arrival, Prime still edges it by a wide margin. In addition to the free shipping, Amazon’s Prime also offers streaming of movies, TV shows and songs, and lends access to the 800,000 books at Kindle Owners’ Lending library. So it’s a tough road for Walmart but it’s building up its arsenal.

According to Marketwatch, “To better study how consumers shop online and via mobile devices, Wal-Mart has bought several tech startups, mainly to acquire the skill set of their founders. It also offers online orders for same-day pick up at local stores, and is testing same-day grocery delivery in markets like San Jose.”

Is it too little too late, though? Should Walmart settle for its retail dominance as well as focus on quelling the discontent within its rank and file employees? One important reason why Amazon is e-commerce king is because they’ve been at it from the beginning of their operation. As a result, their worldwide sales are $89 billion. $51 billion is sold in America. Compare this to Walmart.com’s $6.81 billion sales.

Walmart’s new test service is designed to be the hook to keep customers returning to its website that Amazon has and Walmart doesn’t—until now. This hook is “free shipping.”

We shall see if the tactic delivers.

Related Story: Reasons why your competition is beating you

Related Story: Secrets of the Amazon(.com)