10 of the largest American companies 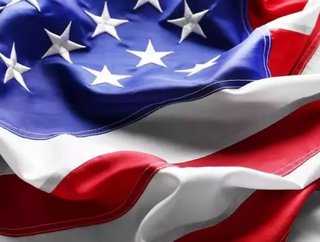 Originating in Arkansas, with its first store opening in 1962, Walmart has now become one of America’s largest retail giants. With over 1,000,000 products available and a client base of over 250 million customers, Walmart has opened 11,500 stores in 28 countries.

With a revenue of over $482.1 billion, the company has become one of the biggest influences in the retail market.

Formed in 1999 through a merger with Exxon and Mobil, ExxonMobil is one of the world’s supermajors, becoming one of the largest oil and gas companies in the world.

The rise in digital technology has become increasingly paramount, in addition to the increased need for companies to provide products which are efficient, smart and innovative. Apple has become one of the biggest innovators, with a brand worth $118.9 billion.

Founded in 1976 in California by Steve Jobs and Steve Wozniak, the international company now creates a multitude of entertainment products, from music devices, TV’s, phones and educational products sold online and in 478 stores situated in 17 countries.

With headquarters in Omaha, Nebraska, Berkshire Hathaway is one of the largest multinational conglomerates in the world.

Obtaining eight other companies under its umbrella, which range from infrastructure, fast food and clothing, the company also has obtained smaller holdings in renowned companies, such as Cola-Cola and American Express, amongst others.

Healthcare is one of the most significant and vital industries in the world, at which McKesson Corporation has become a driving force.

Founded by John McKesson and Charles Olcott, the business incorporates both technology and distribution solutions.

The company has since obtained US Oncology (2010) and Celesio (2014), fully securing their position within the market.

Founded in 1917 by Frank and L. E. Phillips, Phillips 66 has become a leading multinational energy manufacturing and logistics company, with $161.21 billion revenue recorded in 2014, which has since increased.

Founded in 1908, General Motors is one of the most well established automotive companies, designing, manufacturing and distributing vehicle parts around the world.

In 2018, the company will be opening five manufacturing plants in China, which alongside established stores, will provide vehicles under brands such as Chevrolet, Vauxhall, Baojun and Cadillac.

Providing food, agricultural, financial and industrial products, Cargill has expanded to over 70 countries since its opening in 1865, obtaining $107.2 billion in sales and other revenues in 2016 thus far.

Founded by William Wallace Cargill, the company is now one of the largest privately owned businesses.

The company was also the first American exporter to provide Beef to Japan after the country lifted its ban on American beef in 2006.