3 reasons why CEOs need to be on LinkedIn 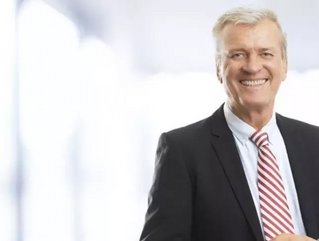 CEOs have not joined the social media bandwagon in the same numbers as the general population. While common people—and everyday professionals on LinkedIn—have flocked to social media, CEOs have been, for the most part, reluctant to do so. One of the reasons for this hesitance is that the stakes for CEOs are much higher. Social media platforms like LinkedIn are public spheres where vulnerabilities have the potential to be unwillingly or inadvertently exposed and exploited. It’s one thing for a rank-and-file employee to make an embarrassing off-the-cuff statement on their LinkedIn stream and quite another for the CEO to do it. Say the wrong thing on social media and within hours the whole world can know about it. Within a few more hours, the CEO—and by extension, the company—could have public relations campaign launched against it. It makes perfect sense then that CEOs who have profiles on LinkedIn are in the minority. Yet, on the other hand, social media has become ubiquitous, powerful, impossible to ignore and some would argue that social media has become “the future.” Are CEOs then being too careful, too insular? Is the CEO reluctance to enter the fray of social media, in this instance, create profiles on LinkedIn, akin to the executive who refused to give up the typewriter at the dawn of the computer age?

1. A LinkedIn profile will humanize the CEO

With the exception of a few high-profile CEOs like Tim Cook, Jeff Bezos and their ilk, CEOs struggle to be more in the public imagination than a dry title: CEO. A title in acronyms, like “CEO” is like a number assigned to a customer, it lacks a real identity to be associated to. Being able to put a face to a name is important to any relationship and any CEO worth his salt should value, above all others, the relationship between the customer—current and future—and the brand the executive represents. A LinkedIn profile, however, reaches much more than customers. It also reaches employees, potential recruits and peers. An individual cannot do business with a company before approaching it. When a CEO creates a LinkedIn profile he humanizes himself and makes himself, what he represents more approachable.

2. A LinkedIn profile will fill an important consumer demand

In his article on Circle Studio, “Why your company leadership should have strong LinkedIn profiles, Alex Charalambous reports on important trends relating to C-Suite executives and LinkedIn profiles.

“In the growing digital world, social media allows companies to be perceived as interactive and relevant to prospects. But there is a demand for a more personalized message from companies—especially C-Suite leadership and management,” writes Charalambous.

He also reminds us that corporations already have social media and that trends are pointing towards larger involvement by CEOs: “Many discussions on ways to make corporate social media more personalized have been focusing on one individual–the CEO. Brands are beginning to realize the importance of having the face of the company represented on social media and actively engaging with clients and prospects.”

Finally, Charalambous reports on some of the insights in the 2014 Global Social CEO Survey, produced by BRANDfog.

“A recent survey published by BRANDfog states that 83% of U.S. respondents believe that CEO participation in social media can build better connections with customers, employees and investors. These connections create relationships that resonate with consumers—inclining them to be more attentive to your brand. And the best way establish those professional connections is through LinkedIn,” writes Charalambous.

In a recent article on the 2015 Marketing Nation Summit, Business Review USA wrote: “The general consensus among the elites is that traditional approaches to marketing have now been displaced by “engagement marketing,” or creating real relationships with customers to generate demand.” A complete LinkedIn profile will enhance engagement between consumer and brand.

Again, Charalambous writes: “Creating a LinkedIn profile allows better accessibility to potential consumers to connect and interact with you. When the consumer feels they are able to interact with the CEO, it allows for a more personalized experience that creates trust. Nearly 75% of U.S. respondents to the BRANDfog survey believe that a company whose C-Suite executives use social media to communicate brand values is more trustworthy. It allows the CEO to be seen as a peer and creates a more engaging marketing experience – both for the company and consumer.”