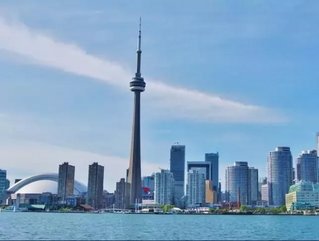 The state’s latest announcement is that it is partnering with GE Canada by providing a grant of US$20.5 million for new GE Brilliant Factory – one of the world’s most technologically-advanced of its kind.

Expected to begin production in early 2018, the facility will produce energy-efficient engines and other components that are used all over the world. The Welland plant will be among the most advanced in GE’s global operations, and the first of its kind in Canada.

This decision by one of the world’s largest manufacturing companies to open a new plant in Ontario is reflective of the ample opportunities available due to the province’s environment of innovation, highly skilled workforce, and strategic location for access to international markets. In fact, about 80 per cent of the new facility’s production will be for export. Access to support from Export Development Canada (EDC) for global transactions, enabling GE’s customers to finance their future purchases, was key to locating the factory in Ontario.

The brand new 450,000 square foot facility will bring a world-leading “industrial Internet of things” approach to advanced manufacturing, the next generation of technology development where physical devices – for example, a heart rate monitor, or a machine in a factory – are sensed and controlled remotely via the existing internet infrastructure.

Ontario’s is enhancing its appeal as a place to grow a business by investing over $2 billion over 10 years through the Jobs and Prosperity Fund (JPF). Ontario is providing GE a conditional grant of $20.5 million through the JPF, leveraging an overall investment of over $185 million, and create 220 jobs over the next five years within Ontario.

GE is one of several global companies making major new investments in Ontario, attracted by strengths such as a competitive tax system, stable financial markets, and a highly skilled and trained workforce. Five others include:

Kathleen Wynne, Premier of Ontario, said: “GE’s decision to invest in Welland sends a clear message that our province has a lot to offer. Our government will continue to strengthen Ontario’s reputation as a great place to invest, so we can bring more jobs and growth to communities across our province.”