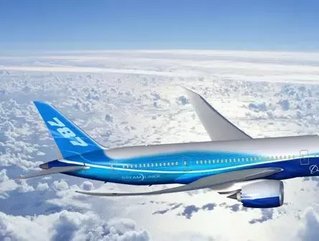 Air Canada introduced the Boeing 787 Dreamliner to Canada last Friday in celebration of the company’s 75th anniversary. Air Canada currently has 37 firm orders with Boeing for the 787 and 13 options. The Boeing 787 will be utilized in the Air Canada fleet beginning early 2014 with the delivery of the first seven commercial aircraft.

"Today is a double celebration for Air Canada as we welcome the future, embodied by the Boeing 787 Dreamliner, and take stock of our accomplishments over our 75 year history. We have built a proud tradition over three-quarters of a century by being a leader in terms of customer comfort, safety and convenience. Among the many innovations pioneered by Air Canada over our history are developments adopted by our industry over the decades: cabin pressurization, deicing techniques, smoke-free flights, the first computerized reservation system and e-services for customers, to name just a few. Today's visit by the 787 Dreamliner marks another stage of our ongoing evolution and industry leadership. We thank our customers for choosing Air Canada over the past 75 years and we look forward to serving them for the next 75 and beyond," said Calin Rovinescu, President and Chief Executive Officer of Air Canada on Friday.

Replacing Air Canada’s current Boeing 767-300ER and Airbus A330 fleets, the Boeing Dreamliner will renew Air Canada’s fleet, which is on average 11.6 year old (as of Dec 31st, 2011). An added benefit for Air Canada is the Boeing 787 Dreamliner’s fuel efficiency. Its replacement of older commercial aircraft in the fleet will reduce fuel usage by 30 per cent.

"Boeing is pleased to have the 787 Dreamliner participate in Air Canada's 75th Anniversary celebration," said John Wojick, vice president of Sales for North America, Boeing Commercial Airplanes. "Bringing the 787 to Toronto enables us to showcase the future of the Air Canada fleet. The 787's cutting-edge technologies will provide Air Canada the economic advantages and passenger comfort to succeed and grow for decades to come."

Holding 55 per cent more weight, up to 17 tonnes, the Boeing 787 is an obvious improvement for Air Canada’s flight operations. Passengers will notice cabin amenities such as larger windows and overhead bins, cleaner air and higher humidity, lower cabin altitude and dynamic LED lighting.

Additionally, Air Canada believes the Boeing 787 Dreamliner will open up opportunities for new routes. Further announcements of such transpacific, transatlantic and Latin American market opportunities are expected at a later date.