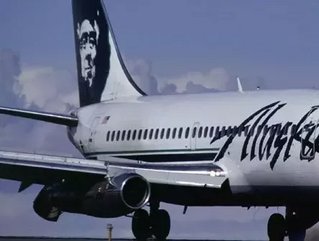 Alaska Airlines reported a computer problem in Seattle Monday morning that has caused substantial delays to flights. According to the AP, the computer glitch specifically affected customer check-in, thus preventing Alaska Airlines from checking in customers for flights.

Issues were originally reported at 7:40 am and Alaska Airlines had not solved them by 9 am when it was reported that the airline would be manually checking in customers in Seattle. As Alaska Airlines is Seattle-based, the delay has caused problems for all Alaska Airlines flights. Technicians were working to fix a data connection that had failed as fast as possible stated Bobbie Egan, an Alaska Airlines spokeswoman.

These reported delays come on the same day as the announcement of a Delta and Alaska codeshare agreement in which Delta will partner with Alaska to share customer benefits including flights from Seattle to Asia.

"About 1,200 travelers connect on Alaska and Delta flights in Seattle every day," Alaska Airlines CEO Brad Tilden said. "We're very pleased to offer them a seamless flying experience, highlighted by our renowned customer service. We're also looking forward to providing travelers with new flying options to Asia on Delta that will feature significantly enhanced onboard amenities."

Delta has stated that its partnership with Alaska is a major factor in allowing Delta to operate international flights from Seattle. All of Monday’s technological issues aside, Delta and Alaska should see benefit from this partnership.