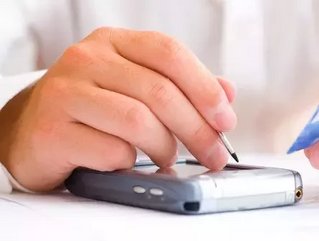 Xtreme Labs released a new report on the best and worst mobile banking apps in the U.S. as rated by customers. The U.S. Banking Apps Report analyzes customer reviews from the Apple App Store and the Google Play Store between May 18 and June 25, 2013 for the top 53 U.S.

The report includes platform coverage, highest and lowest rankings, and common customer complaints with solutions for banks to improve their mobile offering.

Highlights from the Banking Apps Report include:

“A poor mobile banking experience can be the single factor for a bank to lose a customer. It’s surprising to see that there is a significant opportunity for banks in the U.S., especially the top banks, to improve their mobile offerings when it comes to user experience and application functionality,” said Mike Stern, Director of Business Development at Xtreme Labs. “The trailblazers in the banking industry are truly differentiating themselves by delivering the mobile experience their customers are literally asking for – it’s really that simple.”

Common accolades for top ranking apps are for its frequent updates, specific bug fixes according to customer feedback, and ease of use with users often describing the app as “everything you need” in a mobile app for “someone on the go.”

Common complaints for low-ranking apps include the fact that critical functionality such as the dashboard loading properly does not work and that the app is merely a link to the mobile website.

The Xtreme Labs U.S. Banking Apps Report: Customer Reviews was conducted from May 18 to June 25, 2013 and is based on the list “The Largest US Banks” on www.relbanks.com. The report aggregated publicly available consumer ratings in both the AppleApp Store and Google Play Store and listed those results, as well as top complaints based on consumer comments.Data for the current version of each app was used for iOS if there were reviews and ratings available for the current version; otherwise data from all versions was used.

Located in Toronto, Palo Alto and New York City, Xtreme Labs is a mobile strategy and product development firm which designs and engineers the best mobile experiences across all platforms. We are a full-service mobile solutions provider with unmatched expertise that is trusted by the world’s most important brands. We help bring products to life and ultimately help our clients become mobile first companies leveraging a proven methodology – discovery, product and performance. Our service offering is powered by our Responsive Mobile Platform – the same platform used today by some of the world’s biggest brands in Financial Services, Retail, Media, Automotive and others.