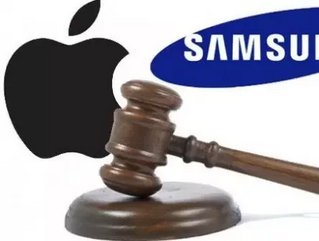 Apple has been in the news a lot lately. Between the anticipation of yet another new iPhone, to that pesky tax scandal – Apple is keeping journalist, bloggers, and hipsters incredibly busy. The most recent in a string of eye popping headlines is Apple’s ongoing patent infringement lawsuit with Samsung.

Apple is claiming that Google Now violates the Siri patents. Foss Patents’, Florian Mueller reports that in an amendment to its current court case, Apple claims that Samsung infringed upon patents 8,086,604 and 6,846,959, both titled Universal interface for retrieval of information in a computer system.

Basically, the “Universal interface” is the essence of Siri. According to Apple, by using Google Now in new technology Samsung has violated these patents. Previously, Apple has filed other suits against Samsung for the use of Android Quick Search Box. Samsung recently replaced that feature with Google Now – which prompted the amendment.

This prompts one to consider why Apple is targeting Samsung for the violation of Siri patents instead of going after Google, the source of the technology.

“This may just be a preamble to a larger court battle against Google, as a victory in this case against Samsung could set a precedent for future suits involving the technologies in question.” says techspot.com

In addition to ‘604 and ‘959, Apple amended the complaint to include three other Apple-owned patents: