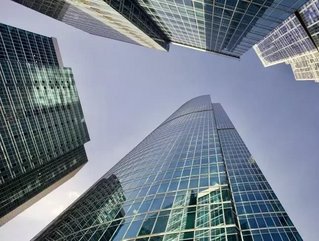 The deal, set to close in December, has seen Blackstone invest a record amount through its property management arm.

Blackstone, a multinational assest management and financial services, firm has closed a deal to take over Dream Global, a Canadian real estate trust specialising in office property. Blackstone paid CA$6.2bn, in an all-cash agreement to secure the deal.

This new acquisition is another addition to a long list of multi-billion dollar deals made through Blackstone’s real estate branch; the total reached $20.5bn during the week of 16 September 19 alone. The bout of fundraising is breaking real estate fund records and has increased Blackstone’s portfolio to encompass more than £36bn.

Dream Global holds over 200 office space and warehouse properties in more than 100 cities across Western Europe, particularly around financial hubs such as Germany and the Netherlands. As Blackstone continues to amass a portfolio of logistics properties spanning across the globe, real estate Co-Chief Executive Ken Caplan described it as the group’s “highest conviction” trade to date.

Dream Global’s stockholders will receive a payment of $16.79 for each share they hold, which is an 18.5% increase on Friday’s closing stock price. The deal is expected to be finalised by December following a shareholder vote by the Investment trust.

Back in June Blackstone paid $18.7bn for GLP’s portfolio of US warehouses, which was one of the company’s biggest-ever deals and the majority of its recent $20.5bn investment surge. The Singapore-based company’s portfolio will allow Blackstone to seize on the current culture shift towards digital markets, where platforms like Shopify and Amazon vastly outperform their high street counterparts.

“At a time when the western European real estate market is becoming increasingly competitive, this transaction provides premium value to unit holders,” said Detlef Bierbaum, the Chairman of Dream Global's board of trustee, speaking of the acquisition.

The change towards online retailing has seen the value of warehouses soar in line with increasing demand from e-commerce giants to improve infrastructure across international supply chains. The trend of property trusts investing in logistics real estate continues with Prologis investing £4bn, while Colony Capital announced its portfolio expansion recently through a £1.2bn investment.

The discussion on property management has many investors predicting a potential for turmoil as investors flood the market and interest rates encroach on all-time lows, a belief that Caplan has acknowledged but stated he does not see another drop in the near future. Speaking of the industry’s future prospects, Caplan said: “The underlying fundamentals still feel good, it’s just that we’re in a more challenging investment environment in terms of prices having gone up for several years now and yields compressing,”