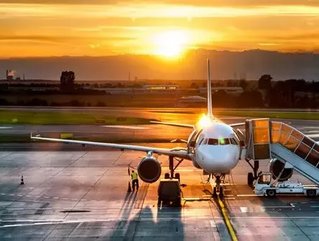 "For both the month of December and full year 2012, Air Canada achieved record load factors of 82.1 and 82.7 per cent, respectively," said Calin Rovinescu, President and Chief Executive Officer. "Led by increases in traffic in the U.S. transborder market of 6.6 per cent and in the Atlantic market of 5.1 per cent, Air Canada generated greater traffic for the month of December in all markets the airline serves with system wide growth of 3.2 per cent on a capacity increase of 1.8 per cent through higher utilization of our existing fleet.  These strong results, for both the month and full year, underscore the effectiveness of Air Canada's disciplined capacity management and our award winning product.  I want to thank our employees for taking care of the more than 33 million customers Air Canada served in 2012 and, above all, transporting them safely to their destination. Their professionalism and efforts in earning our customers' loyalty have been recognized by many industry awards, including the selection of Air Canada by frequent world travelers as the Best International Airline in North America."

Air Canada was recognized for its superior service as it was ranked as the “Best International Airline in North America” for the third consecutive year through an airline survey conducted by research firm Skytrax.

"We are very pleased to close out the year with six consecutive monthly load factor records and   record high loads in all four quarters. Our positive momentum culminated in 2012 with a new single-day record of flying more than 57,000 guests on December 21st," said WestJet President and CEO Gregg Saretsky. "Our forward bookings continue to be strong and I want to thank our more than 9,000 WestJetters for their great efforts and caring attitudes, despite challenging weather, that ensured another memorable holiday travel season for our guests."

WestJet expects a successful 2013 due to the delivery of an addition of five Boeing Next-Generation 737 aircraft and seven Bombardier Q400 NextGen aircraft.

Additionally, Porter Airlines saw an increase in its December load traffic, reporting at 64.3 per cent with an increase of 0.4 points in comparison to 2011. Porters’ successful December brought passenger capacity for the airline to 2.45 million in 2012.

"Overall, Porter has finished 2012 by solidifying our gains for passenger numbers and load factor through the year," said Robert Deluce, president and CEO of Porter Airlines. "I want to thank our team for continuing to deliver a travel experience that is known to be distinct among our competitors. This emphasis on premium service will help us attract new customers and continue growing in 2013."