Challenges that await business owners in 2014 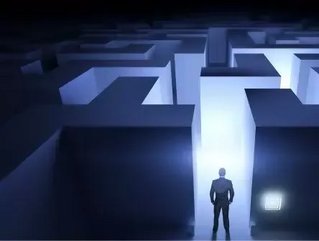 While many entrepreneurs are gaining confidence in the U.S. economy, others prefer to remain in a "cautious" mode.

With gains in consumer spending, employment and housing, the economy is currently growing gradually (even despite news of the recent government shutdown), but the fragility of the recovery suggests that it may contract again in the near future.

As 2014 approaches, there are a number of issues that are causing concerns among business owners in the U.S.

One of the main factors indicating that the U.S. may not experience strong economic growth in 2014 is its weak GDP growth.

According to Federal Reserve research, since 1947, when real GDP grows at a rate of less than two percent year-over-year, recession has occurred in the following year about 70 percent of the time.

In the first and second quarters of 2013, GDP in the U.S. grew by 1.1 percent and 2.5 percent respectively. Barclays forecasted that third-quarter GDP growth will be 1.5 percent, but it can be significantly lower because of the government shutdown.

The government shutdown can have a very real impact on the economy, putting its recovery in jeopardy.

Businesses are facing more policy uncertainty now than any other time since the debt-ceiling fiasco in 2011. The current monetary and fiscal uncertainty can result in a significant decline in investment and employment, and potentially lower economic growth rate by as much as one percent this year.

If that happens, the economy may be at stall speed by the beginning of 2014. According to some experts, there is a possibility that the U.S. will experience a recession next year.

Insurers are predicting that health insurance premiums may rise dramatically for some businesses in 2014 because of rising healthcare costs and President Obama's new healthcare reform law.

Obamacare requires insurance companies to provide better healthcare benefits for Americans, and therefore, it may drive up insurance costs for businesses. Although the healthcare reform law has many provisions for lowering healthcare costs, there is no guarantee they will be effective.

Many businesses are reducing the work hours of their employees or replacing fulltime employees with part-time workers in order to avoid the Obamacare employer mandate.

In a survey conducted by the U.S. Chamber of Commerce, about 71 percent of small businesses said that the new healthcare reform law has made it more difficult for them to hire new employees.

Many business owners are also worried about the growing national debt and the government's unwillingness to fix the problem.

If the national debt remains high for a long period of time, it can lead to a decline in investor confidence and an increase in interest rates, or it may cause the Federal Reserve to create large amounts of money, which can result in inflation. Both outcomes can have a negative impact on the business climate.

About the Author: John McMalcolm is a freelance writer who writes on a wide range of subjects, from business news to college degrees.