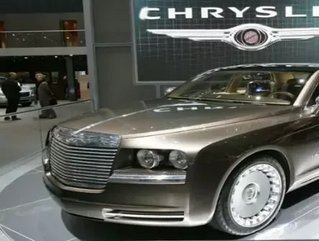 It was just three years ago that Chrysler Group was gasping for what looked to be its last breaths, after several years of turbulence and disorder. Now the automaker has reported its best quarter in more than 13 years.

In the first quarter, Chrysler earned $473 million, boosted by strong US sales of its popular Ram pickups, Chrysler 200 sedans and Jeep Grand Cherokee SUVs. In fact, Chrysler sales in the US rose 39 percent in the period from January through March.

This marks the third consecutive quarterly profit for Chrysler—that’s quite a feat for the company, which made four times less last year when it posted earnings of $116 million.

“Another positive quarter—built on sales gains that have surpassed the industry average—is affirmation that the Chrysler team is maintaining its focus,” said Chrysler Chief Executive Sergio Marchionne in a statement.

Back in 1998, when it was still an independent company, Chrysler earned $682 million in the third quarter. Since then, the company has gone through three different owners and received a much-publicized federal bailout in 2009.

By revamping 16 of its models and cutting costs in bankruptcy, Chrysler has seen sales improve steadily since 2011.

In May of 2011, Chrysler repaid the $11.2 billion it received in federal bailout funds—six years ahead of schedule—and in July the automaker repurchased the shares formerly owned by the US Treasury.

As a whole, the auto industry is poised for resurgence—Chrysler rivals General Motors and Ford have also posted strong earnings in the past year, despite consistently high gas prices.