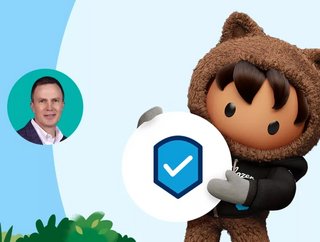 From secret ops to enterprise software – former Chief Information Security Officer of the CIA has joined Salesforce as SVP, Security

Following a decade of service as a combat rescue and special operations pilot in the Air Force, William spent nearly 20 years at the CIA, where he played a key part in driving the agency’s digital transformation, culminating in his most recent role as the Agency’s CISO, where he reshaped the CIA’s cybersecurity strategy.

William’s time in government revolved around efforts to modernise the way federal agencies leverage today’s tech, so it was a natural next step for him to choose to work at a company known as a pioneer in the tech space, where security is built into everything they do.

Priority for organisations to adopt a cybersecurity strategy

Every organisation must adopt a cybersecurity strategy to mitigate when, not if, bad actors target sensitive data.

“The world is becoming an increasingly complex place, and these complexities are reflected in the current state of digital technology and cybersecurity,” explains William.

“Everything is infinitely more interconnected than most people could have imagined even 20 years ago, and that ever-increasing interconnectedness has profound implications for how power and influence are distributed and leveraged around the world.”

And with Executive Order 14028 and the Senate unanimously passing the Strengthening American Cybersecurity Act of 2022 (“SACA”), the federal government is creating new urgency to advance robust cybersecurity protections and standards.

According to William, these orders are not about politics, but rather to set a tone of existential urgency.

“The idea is for the government to set a leadership example and for the private sector to set the standard,” says William. “We have to think more deeply than ever before about public trust, ethics, and the values we promote through the use of technology developed in the private sector.”

Why William’s appointment is good for Salesforce

As SVP, Security Product and Program Management at Salesforce, William’s role will be as trusted digital advisor in the shared responsibility of protecting customer data.

And his service at the CIA has given him a deep understanding of the threat landscape facing today’s economy.

“William’s experience and unique knowledge about both the public sector and the importance of public-private collaboration is unparalleled,” says Vikram Rao, Chief Trust Officer, Salesforce.

It’s more important than ever for public and private sector organisations to collaborate in actively managing cybersecurity risk and building resilience.

“Given my background, I’m eager to see where public-private partnerships on cyber security are heading,” says William. “There have been some promising developments on the government side, such as creation of the Joint Cyber Defense Collaborative (JCDC), but success will ultimately hinge on private-sector leadership.

“I’m happy to be with a company so firmly grounded in its values and a sense of responsibility for positive change in the world.”