Four great innovators and what we can learn from them 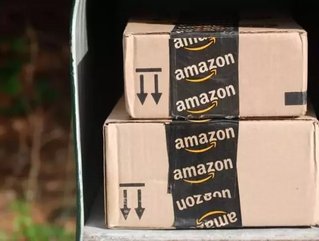 Business innovation is about finding new ways to meet customer needs. A great way to do this is by copying some of the ideas and approaches of great innovators. Here are some examples.

Anita Roddick opened the first Body Shop store in Brighton in 1976 to provide an income for herself and her two daughters. The Body Shop was remarkably different from conventional cosmetic stores. It offered quality skin care products in plain refillable containers and sample sizes with no advertising or hype. Roddick created a range of products based on natural ingredients at a time when people were increasingly anxious over the use of chemicals. She appealed to her customers' concern for the environment. She offered discounted refills to customers who brought back their empty containers. This fresh approach proved a storming success.

Lesson - do the opposite. Swim against the tide. Anita Roddick deliberately did the reverse of what the industry leaders and experts did. She saw that cosmetic stores were stuffy places that sold toiletries, perfumes and medicinal creams in expensive packaging and pretty bottles. She did the opposite by packaging the goods in Body Shop stores in cheap, plastic bottles with plain labels. The store gave refills. It saved cost and it made a statement that the contents of the packages were what mattered.

Jeff Bezos developed a keen interest in computers as a boy. He graduated from Princeton in 1986 with a degree in computer science and electrical engineering. He then worked for an investment firm in New York before quitting his well-paid position in 1994 to start Amazon, just as internet commerce was beginning to take off.  He started the company in his garage where he wrote the software systems for online commerce.  He opened his virtual bookstore in 1995. The success of the company was spectacular. Within two months of opening sales were running at $20,000 a week and they continued to escalate. In 2016 his personal wealth was estimated to be some $60 billion making him one of the five richest people in America.

Lesson - disrupt your own business before someone else does. Offering second hand books at low margin threatened Amazon’s higher value new book sales but this did not bother Bezos. He wanted to own that segment of the market too and to prevent a competitor from seizing it.

Anticipate customer needs. Amazon was selling conventional books but Bezos could see that some people would want to read electronic books on computers. He stole a march on competitors by developing Amazon’s proprietary e-book reader, the Kindle. It was attractively priced and scooped the market.  For a book seller to build a consumer electronics product device was a risky venture but it paid off.

In 1912 a young American scientist, Clarence Birdseye departed on a fur-trading expedition to Labrador in Canada. While he was there he noticed that the local Eskimos kept their fish fresh in winter by freezing it in the ice.  He was intrigued to find that the fish retained its flavour and did not deteriorate. He wondered whether the same process could be applied to other foodstuffs and developed on a commercial scale.

Birdseye returned to the USA and worked on this idea. He developed a ‘Quick Freeze Machine’ which copied the method used by the Eskimos. The machine worked for a range of foods including fruit and vegetables. He created the frozen food industry.

Lesson - look outside for ideas. Solve your problem by adapting a concept that works somewhere else. Birdseye would not have produced his innovation if he has stayed in New York.  He saw an idea in a completely different environment, a snowy wilderness, and adapted it for widespread use in an urban environment. He knew that people in cities needed supplies of healthy fresh food.

Travis Kalanick was born in Los Angeles in 1976. He enrolled at the University of California, Los Angeles, to study computer engineering but in 1998, he and some colleagues dropped out of UCLA to found a start-up which subsequently filed for bankruptcy.

In 2009, Travis Kalanick and Garrett Camp founded Uber, a mobile application that connects passengers with drivers of vehicles for hire and ridesharing services. The company started as a two-car operation in San Fancisico and then rocketed upwards. By 2016 it had over 1 million drivers, was delivering over 3 million rides a day in 66 countries, and was valued at $62 billion. It is claimed to be the fastest-growing start up in business history. So big was the impact that Uber became a verb meaning to disrupt and entire industry model.

Lesson - innovate with other people’s resources; especially if they are under-utilised resources. Uber does not own any cars. It is fundamentally an app which links people who want rides with people who are prepared to provide them. How can you harness the ‘gig economy’ to help other people provide a service which customers will value?

Find something broken and fix it. Kalanick had the idea for Uber when he was in Paris in 2009 and could not get a taxi. Most people would just complain or take the bus but Kalanick thought there must be a better way. He thought ‘Why not harness the capacity of all the drivers in Paris who would be happy to give me a ride for a fee.’ Wherever there is a constraint on a supply there is an opportunity for an innovator to find a new way to meet the demand.

Based on Think Like an Innovator – 76 inspiring lessons from the world’s greatest thinkers and innovators, by Paul Sloane.