GM to Manufacture the Chevrolet Impala in Canada 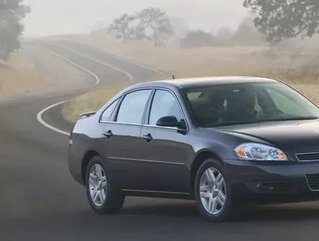 GM Canada announced today its investment of $68 million into its Oshawa Assembly Plant. Invested to build the next generation of the Chevrolet Impala, the investment will secure an estimated 350 jobs.

“With the investments for the Chevrolet Impala and Cadillac XTS, we are taking big steps forward to ensure we maximize the flexible manufacturing facility and high-quality workforce that exist in Oshawa,” said Kevin Williams, president and managing director of General Motors of Canada. “We are building on the recent capacity increases, product launches and shift additions at our Canadian operations to affirm that Canada will play an important role in the new GM as we continue to transform our product lineup.”

The Oshawa Assembly Plant has had a total combined investment of $185 million this year. This is a direct result of GM’s production plan to additionally support the 2012 Cadillac XTS out of Oshawa, announced in August. This combined investment is expected to create/retain an estimated 750 jobs. Since 2009, GM has made five new product commitments to Canada, the fifth being the Impala.

“The Government of Canada made an important decision back in December 2008 to provide significant support to GM,” said the Honourable Jim Flaherty, Minister of Finance. “Since then it has become clear this was the right decision.  Our support has helped preserve Canada’s place in the automotive industry.  It has helped protect jobs in communities across Canada in automotive assembly and automotive parts production.”

“Our government supported GM as it restructured to respond to the global economic downturn. That support saved thousands of jobs, and kept GM in Ontario,” said Brad Duguid, Minister of Economic Development and Innovation. “Today’s announcement shows that GM and Ontario’s auto sector are on the right track — GM is securing hundreds of jobs for Ontario families, and Ontario continues to be the top auto manufacturing jurisdiction in North America.”

Cheverolet Impala production, specifically, will be a combined effort between GM’s Oshawa Assembly Plant and teh Detroit-Hamtramck Assembly Plant.