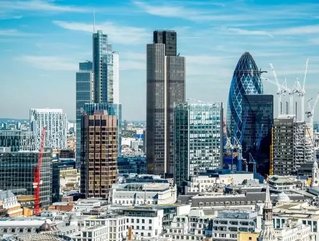 The London-based headquarters, which is still currently under construction, will be leased to the Wall Street investment bank for an initial term of 25 years.

In a statement, Richard Gnodde, vice chairman of Goldman Sachs and CEO of Goldman Sachs International, said: “The development of Plumtree Court and our signing of a long-term lease demonstrates our continued commitment to London and our European operations more broadly.”

Goldman Sachs revealed its plans to start work on the building, named Plumtree Court, in February 2017 and is set to be 1.1mn square foot (102,000 square metres) when completed.

It was confirmed by the bank that the sale and leaseback of Plumtree Court, similar to its current headquarters in another London venture in 2005, is part of its long-term real estate plan.

The vision of this plan is to take advantage of the value created through the development while searching for a long-term occupation of the site.

Scott Kim, head of global real estate at South Korea’s National Pension Service, said: “We are excited to re-enter into the London market with this high-quality asset.”