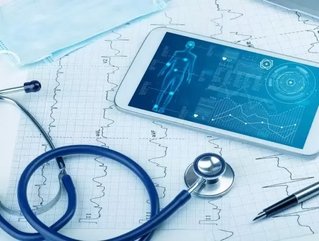 Google has acquired Fitbit Inc, along with the data that the brand has collected through its devices.

Google has agreed to acquire to the fitness tracker company for US$2.1bn, bringing it new opportunities in the growing health and fitness market. The deal not only includes the assets currently held by Fitbit, but also the vast array of health data the brand has accrued during its tenure on the commercial market.

Fitbit’s technology monitors a user’s heart rate, calorie count, distance travelled and the quality of sleep a wearer may be experiencing. The devices relay the information to an app, usually stored on a mobile device, that gives real-time updates on the physical condition of its wearer.

As well as the commercial benefits of the devices themselves, Google will have valuable data around usage and common trends relating to the health of consumers. With this wealth of experience Google will be able to adapt its business strategies to be better tailored to the target audience. Speaking of the investment, Google’s hardware chief Rick Osterloh said, “by working closely with Fitbit’s team of experts, and bringing together the best AI, software and hardware, we can help spur innovation in wearables and build products to benefit even more people around the world.” He added: “Google also remains committed to Wear OS and our ecosystem partners, and we plan to work closely with Fitbit to combine the best of our respective smartwatch and fitness tracker platforms.”

Fitbit has already diversified its portfolio following talks with health insurers, and has made key acquisitions in the market to increase possible revenue streams. The value of data has become undeniable and Fitbit’s ability to make best use of said data could prove a hugely beneficial factor to Google’s proposed developments within the health industry.

In October, Fitbit announced its collaboration with Bristol-Myers Co and Pfizer Inc to develop early detection of irregular heartbeats and atrial fibrillation on its devices.

However, regulations around GDPR have been considered during the move and Fitbit has already stated that the wellness data of users will not be used to target Google ads. Google has also reinforced this statement by confirming that customers will be able to delete, review or move their data should they wish to.